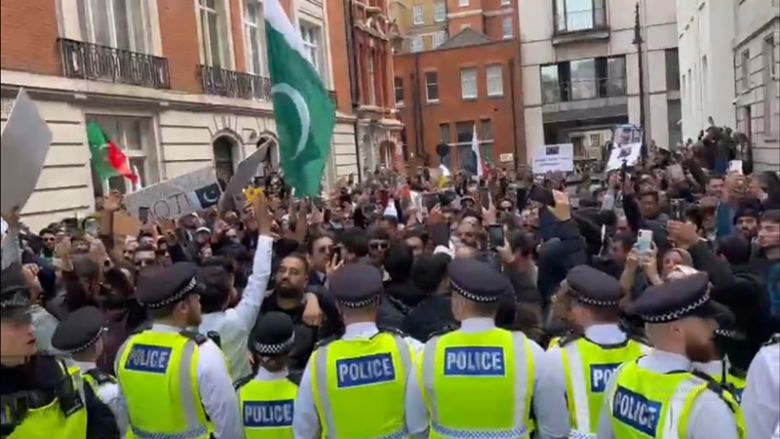 The outraged PTI workers chanted slogans while holding flags of Pakistan against the ouster of Imran Khan’s government. Meanwhile, supporters of the Pakistan Muslim League-Nawaz have also reached the Avenfield flats to show solidarity with the party supremo.

The confrontation between the two groups turned into an arena of slurs and slogans raised against each party’s leadership.

Fearing the clash between the supporters of both the parties, police continents have reached the Avenfield apartments to control the situation.

It is pertinent to mention here that Imran Khan was ousted as prime minister (PM) as the no-confidence motion moved by opposition parties against him succeeded on Sunday night.

The joint opposition needs the support of at least 172 lawmakers from a total of 342 to oust the premier through the no-trust move.