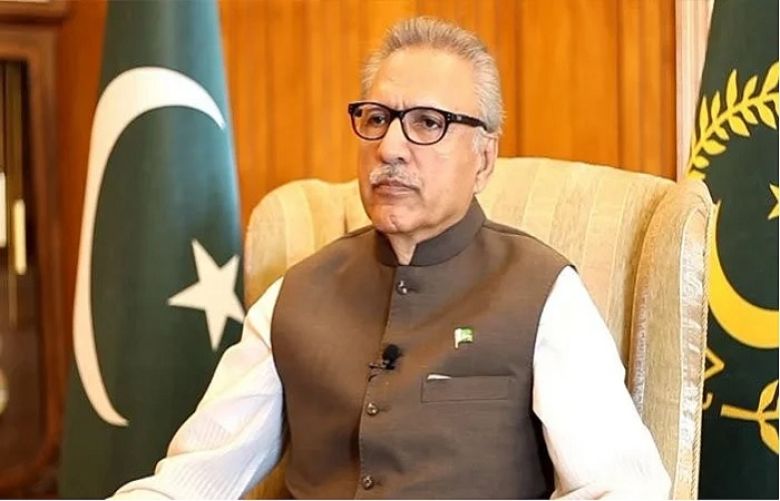 President Dr Arif Alvi on Wednesday wrote a letter to the Election Commission of Pakistan to propose dates for holding general elections in the country under Article 224(2) of the Constitution.

The development comes after the National Assembly deputy speaker threw out a no-confidence motion against PM Imran and the president dissolved the lower house of Parliament on the former's advice on April 3.

The Supreme Court is currently hearing the matter to decide the legality of the deputy speaker's ruling and the subsequent actions and orders of the prime minister and the president.

The president's letter to the ECP stated that under Article 48(5)(A) and Article 224(2) of the Constitution, the president had to appoint a date, not later than 90 days from the date of dissolution of the National Assembly, for holding general elections.

"In order to carry out the mandate of the Constitution of announcing the date of general elections, consultation with the Election Commission is required under Section 57(1) of the Elections Act, 2017," the letter added.