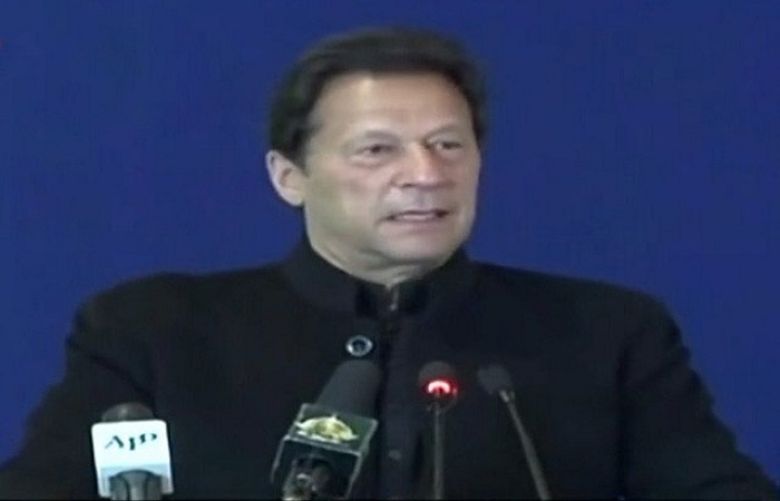 Prime Minister Imran Khan has said that despite “unprecedented challenges” that his government had to face during it’s three years in power, Pakistan’s economic condition was still better than many countries of the region, particularly India.

“Pakistan is still one of the cheapest countries compared to the world… they [opposition] call us incompetent, but the fact is that our government has saved the nation from all crises,” the premier said while addressing the inaugural ceremony of 14th International Chambers Summit 2022 arranged by the Rawalpindi Chamber of Commerce and Industry (RCCI) in Islamabad on Tuesday.

PM Imran said that oil prices in the country are still lower than other countries.

He admitted rising inflation in the country and that masses were suffering badly because it, but maintained that inflation was a global issue owing to Covid-19 pandemic.

The prime minister maintained that his government’s ‘prudent policies’ rescued the country from “once-in-a-century” challenge of Covid-19 pandemic. “Today British Prime Minister [Boris Johnson] is following our policies to tackle [coronavirus],” he said, while referring to his decision of not imposing a complete lockdown in the country.

The premier said his ambition was not to become a prime minister but to make “Pakistan a great nation”.

Speaking about other matters, he underlined that exports and tax collection were the two main driving forces to boost the country’s economy, over which the government was fully focused.

He said the government was making strenuous efforts to remove all hurdles and bottlenecks faced by exporters, investors and businessmen and to give a spur to the exports industry.

The prime minister said that in the past, no attention was paid to these sectors of the economy which were vital for wealth creation.

He said the exports sector was stagnant in the past, but the incumbent government was providing all facilitation to the exporters and stressed that exporters should be encouraged with awards and other incentives.

He observed that if the country’s exports were not increased, it could again put pressure on the current account and currency.

The summit was being attended by presidents of more than 54 regular chambers, 10 small chambers and 13 women chambers. Representatives from the development partners, international business community, political parties, ministries and the government institutions also attended it.

The summit will provide an opportunity to the businessmen to seek solution to their issues besides, presenting solid proposals to the stakeholders for the formulation of the business-friendly policy of the country.