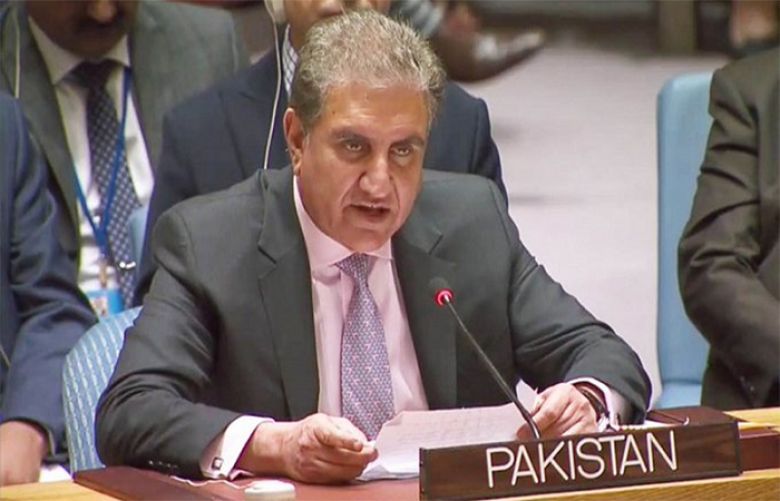 The Organisation of Islamic Cooperation (OIC) Contact Group on Jammu and Kashmir on Thursday called upon the international community to "take immediate cognisance of the compelling evidence" contained in a dossier issued by Pakistan on September 12 against India's heinous crimes in occupied Jammu and Kashmir.

The foreign ministers of the contact group met on the sidelines of the 76th session of the UN General Assembly in New York today.

They called upon the world powers to "hold India accountable" for the crimes committed by Indian occupation forces in Jammu and Kashmir.

According to a joint communique released after the meeting, the session was chaired by the Secretary General of the OIC.

A report was shared by the secretary general and the Independent Permanent Human Rights Commission (IPHRC), besides a briefing given by Foreign Minister of Pakistan Shah Mahmood Qureshi, as well as foreign ministers of other states and representatives of the Kashmiri people.

Earlier, Minister for Foreign Affairs Shah Mahmood Qureshi, in his address to the contact group during a breakfast meeting, called for a "just" and "equitable" resolution to the Kashmir dispute for peace in South Asia.

The foreign minister underscored the need for the international community to be "very clear on Indian transgressions and hold India accountable".

"Indian occupation forces are committing unspeakable atrocities to silence the voice of the Kashmiris and break their will to resist occupation," he added.

The foreign minister said the most recent example was treatment of mortal remains of Geelani, when a contingent of India’s occupation forces "entered his family home and snatched his body, denied him last rites and buried him in a nondescript place".

"There can be no peace in South Asia until the just and equitable resolution of the Jammu and Kashmir dispute," he stressed.