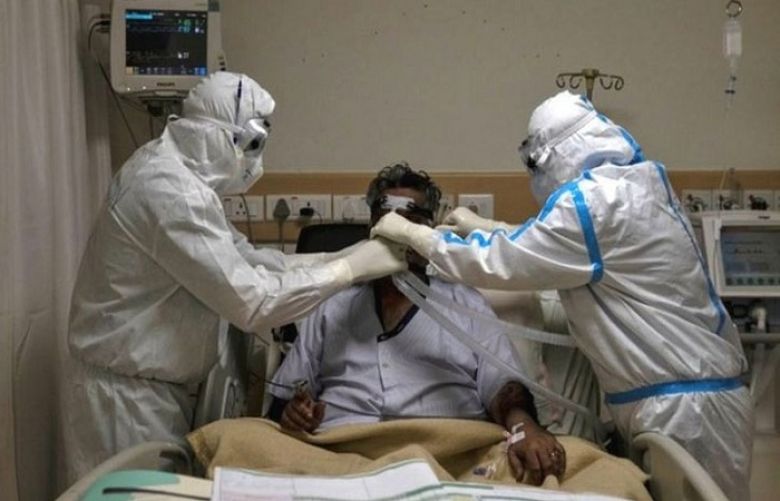 Pakistan has registered 72 more COVID-19 deaths during the past 24 hours, taking the country’s overall death toll to 24,478.

The National Command and Operation Center (NCOC) said that the country’s number of overall confirmed cases has risen to 1,102,079 after the emergence of 3,669 new infections.
Overall 989,013 have recovered from the pandemic, adding that the positivity rate of infections was recorded at 6.8 per cent.

The COVID-19 claimed 72 more lives across Pakistan in the last 24 hours, the NCOC said, adding that 4,787 people are in critical condition.

Overall 16,902,015 tests have been conducted so far to diagnose the deadly virus in Pakistan including 53,644 in the past 24 hours.
Sindh province is the most affected region of the country with 412,165 infections, followed by the Punjab province which has reported 372,750 cases.

Earlier, the National Command and Operation Centre (NCOC) had launched a mobile application that enables citizens to download their Covid-19 vaccination certificate onto their smartphones.