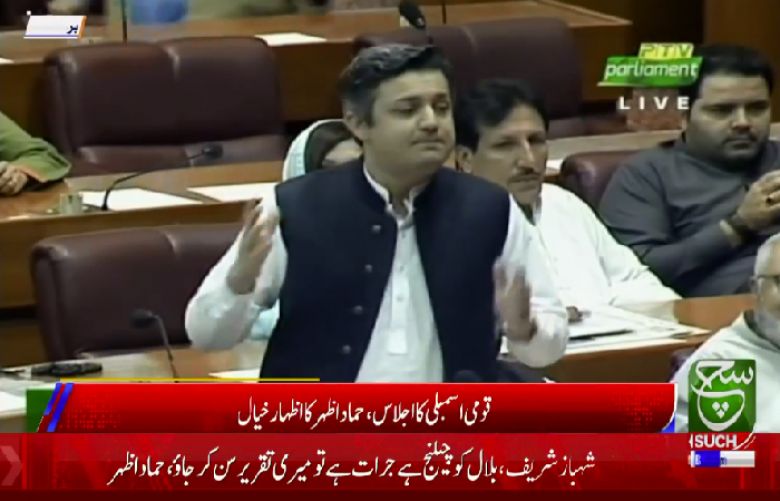 File Photo Rate of inflation was higher during the tenure of the PPP Govt: Hammad Azhar

Reacting to Bilawal's comments, Federal Minister for Energy Hammad Azhar delivered his speech during the National Assembly session and challenged the Opposition, saying: "If they are brave enough to listen to the truth, then they should stay in the House till the end."

Mocking the way Bilawal kept switching between English and Urdu during his speech, Hammad Azhar implied that oratory skills are not enough to remove the stains of corruption from someone's character.

"Those who have never done anything to improve the country's economy and have no knowledge thereof delivered an immature speech on the government's budget and economic policies," he said.

He asked the Opposition to go through the budget documents once again and point out what taxes, as they claim, have been levied in Azad Jammu and Kashmir.

Azhar said that the rate of inflation was higher during the tenure of the PPP government, adding that it was the PPP that went to the IMF more than any other government in the past.

"It looks like the Opposition is having a hard time digesting that the country has achieved a 4% growth under the rule of the PTI," said Azhar, adding that the PPP could not even achieve 1% growth during its five-year tenure.