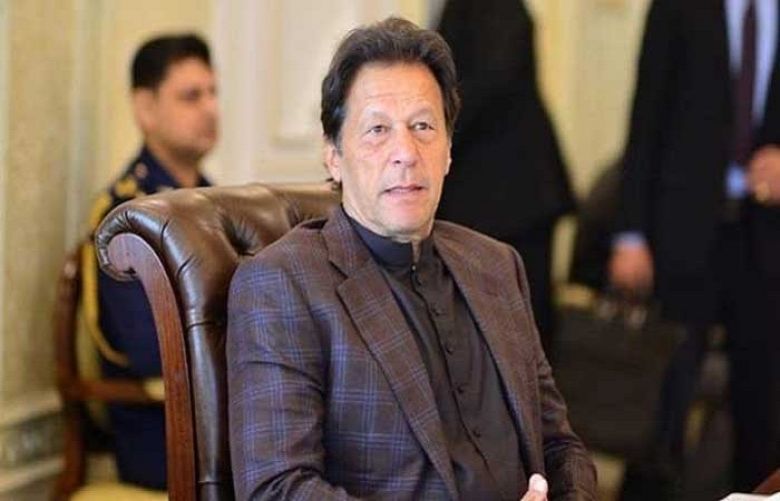 Prime Minister Imran Khan addressed Pakistani ambassadors stationed across the globe, days after he had called back Pakistan's envoy to Saudi Arabia over the mistreatment of the Pakistani expat community by the latter's staff.

"Overseas Pakistanis are precious assets of the country," the premier said, adding that it is unfortunate that Pakistani ambassadors do not treat them well.

"The feedback provided by Pakistani expats living in Saudi Arabia was shocking," the premier said. "An indifferent attitude towards the expat community is "unforgivable." He also read out complaints received on the Citizens Portal and slammed the "callousness" displayed by embassy workers.

"The job of embassies is to serve their citizens," the premier said.

It should be recalled that last week, PM Khan had recalled Pakistan's Ambassador to Saudi Arabia Raja Ali Ejaz and members of the latter's staff after reports of their alleged 'mistreatment' of the Pakistani expat community surfaced.

Special Assistant to PM on Overseas Pakistanis Zulfi Bukhari, making the announcement, said the ambassador was recalled as the Pakistani community and Embassy staff had repeatedly lodged complaints against him over the past couple of months.

Chauhdri said the Pakistani community residing in the Kingdom had reservations against the officials recalled from their posts.

“The Government of Pakistan attaches high importance to the welfare of overseas Pakistanis. Overseas Pakistanis are our greatest asset. Their role in national development is indispensable," the spokesperson said.

There is zero tolerance, whatsoever, for any lapse in service delivery, he said.

"Foreign Minister Shah Mahmood Qureshi oversees the working of all our diplomatic missions himself, particularly with regards to the services being provided to the Pakistani community," the spokesperson said.

"In this regard, Pakistan’s missions all across the world have standing instructions to extend maximum facilitation to the Pakistani community in their respective jurisdictions," he said.

As regards the Embassy of Pakistan in Riyadh, Prime Minister Imran Khan has directed an inquiry.

"The prime minister’s directions are being fully implemented" and a high-powered inquiry committee will look into the matter.

The ambassador of Pakistan to Saudi Arabia has already returned and orders have been issued for the recall of six more officers of the diplomatic, community welfare, and consular wings of the Embassy, he added.

Raja Ali Ejaz, a career diplomat, had assumed responsibilities as Ambassador of Pakistan in the Kingdom of Saudi Arabia on 21st January 2019, according to a statement on the FO's website.