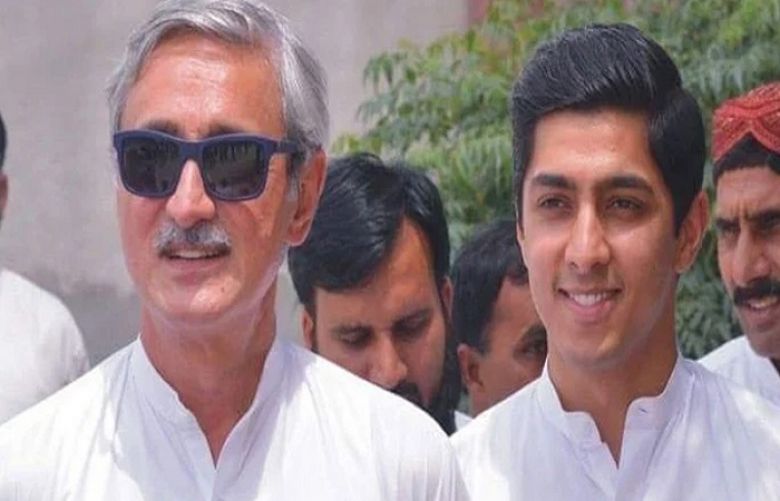 A Lahore sessions court and a banking crimes court extended the interim bail granted to estranged PTI leader Jahangir Tareen and his son Ali Tareen in two different cases until May 19.

Accompanied by a number of PTI lawmakers, the father-son duo appeared before the courts. The lawmakers who turned up to show solidarity with the PTI leader include MNA Raja Riaz, Mubeen Alam Anwer, Khawaja Shiraz, Ghulam Lali, Nauman Langrial and Sami Gilani.

The Federal Investigation Agency’s (FIA) investigation officer informed the courts that statements of the accused are being recorded and investigation against them has not yet been completed.

Tareen’s lawyer stated that the head of a joint investigation team (JIT) investigating the cases has not yet issued notice to his client. He added Tareen will turn up before the JIT whenever he is summoned.

Speaking to the media after appearing before the courts, Jahangir Tareen said his meeting with Prime Minister Imran Khan took place in a cordial atmosphere and the latter assured him of addressing his reservations.

The PTI leader denied that he was in contact with the PML-N and PPP.