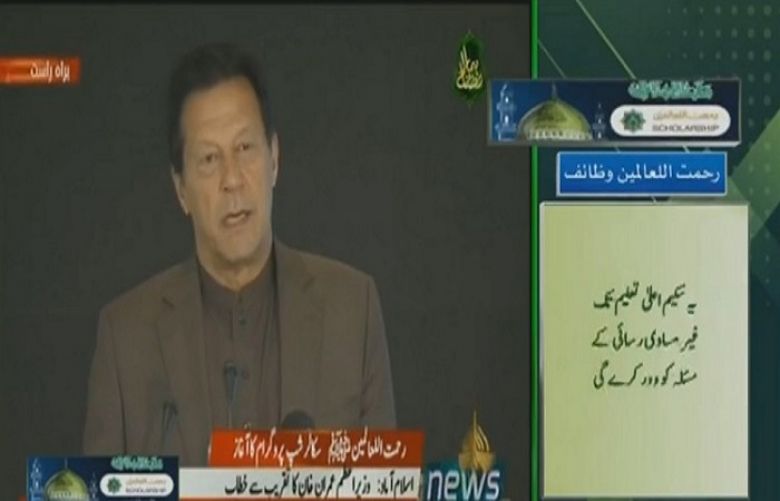 Prime Minister Imran Khan said Prophet Muhammad Peace Be Upon Him was the greatest human being in history, Whoever follows his footprints is blessed by the Almighty Allah, he added.

Imran Khan reaffirmed the commitment to build Pakistan as a great nation on the State of Madina’s principles of rule of law and focus on education.

He noted that no nation can make progress without education, adding that present government is especially focusing on the education sector with the aim that our youth learn from the Sunnah of Hazrat Muhammad Sallallaho Alaihe Wa Salam Khatim-un-Nabiyeen.

A budget of 27.93 billion rupees has been approved for this national-level program which will be used in the next five years. The program will be implemented in one hundred and twenty-nine public sector universities across the country.

The program will help the students of underprivileged segments of society access undergraduate education.

The Rehmatul-Lil Alameen (SAW) scholarship program will also be rolled out in Khyber Pakhtunkhwa, for which the budget allocation will be 427 million rupees.