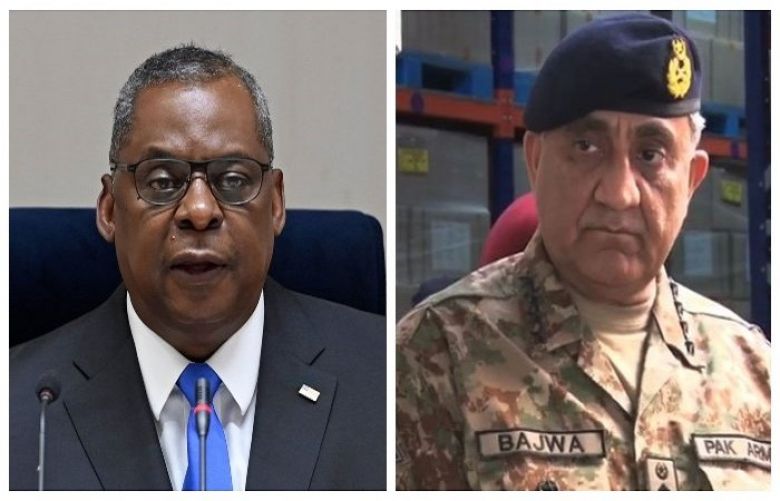 The Pentagon chief renewed the commitment in a phone call with Chief of Army Staff General Qamar Javed Bajwa on March 21.

"Secretary Austin reinforced the United States’ commitment to maintaining a strong bilateral defense relationship with Pakistan and expressed gratitude for Islamabad’s continued support for the Afghan peace process," said a press statement issued by the Department of Defense.

In the phone call, the US defence chief noted that he looks forward to "further cooperation" between the two countries in areas of common interest.

The phone call came just weeks before Washington is due to withdraw the last of its troops under a deal struck with the Afghan Taliban and Austin's unannounced trip to Afghanistan on Sunday.

Kabul was the last stop on a whirlwind tour of Asia for the new Pentagon chief, a former career soldier who served in Afghanistan as a division commander from September 2003 until August 2005.

Austin and his entourage flew into Afghanistan on a US-liveried aircraft instead of a military plane that usually carries US officials to the war-torn country.

Details of his visit were kept under wraps for security reasons until after he left.

Before Kabul, Austin had a series of meetings with Indian leadership during his visit to New Delhi.