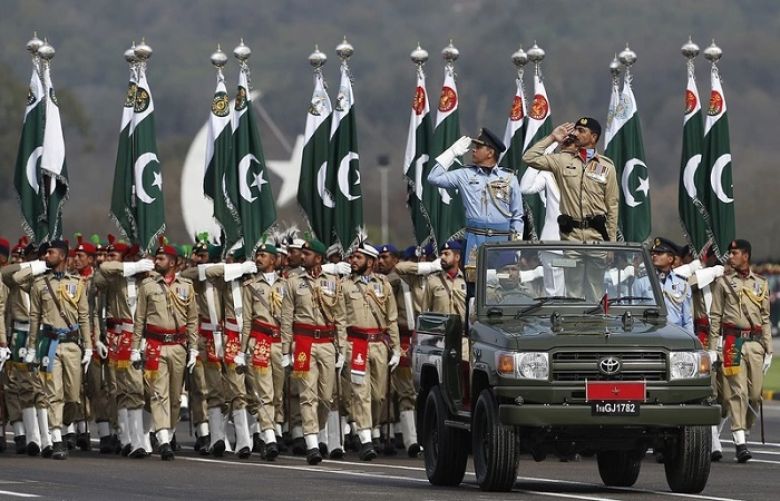 The Pakistan Day parade scheduled to be held tomorrow (Tuesday) has been postponed due to forecast of "inclement weather and rain" over the next two days, the military's media wing said in a statement on Monday.

The parade will now be held on March 25, according to the Inter-Services Public Relations (ISPR).

"The Joint Services Pakistan Day Parade will now be held on 25th March, 2021 as per program and timings already specified," it said.

Pakistan Day commemorates the passing of the Lahore Resolution on March 23, 1940, when the All-India Muslim League demanded a separate nation for the Muslims of the British Indian Empire.

The day usually begins with a 31-gun salute in Islamabad while provincial capitals mark it with 21-gun salutes. The Pakistan Day military parade is held at Parade Ground near the Shakarparian hills in Islamabad. The annual parade is attended by civil and military leadership as well as foreign dignitaries.

Fly-past demonstrations are also held to mark the day.

The parade also showcases the local cultures of the four provinces. Cultural delegates and floats from Sindh, Punjab, Balochistan, Khyber Pakhtunkhwa, Gilgit Baltistan, and Azad Kashmir are featured during the ceremony.

However, last year's celebrations were scaled down because of the coronavirus pandemic as leaders vowed to combat the Covid-19 outbreak in the country.

Concerns had arisen regarding this year's celebrations as well as the third wave of the novel coronavirus intensified in the country and more than 3,000 new cases were reported for the last five days.