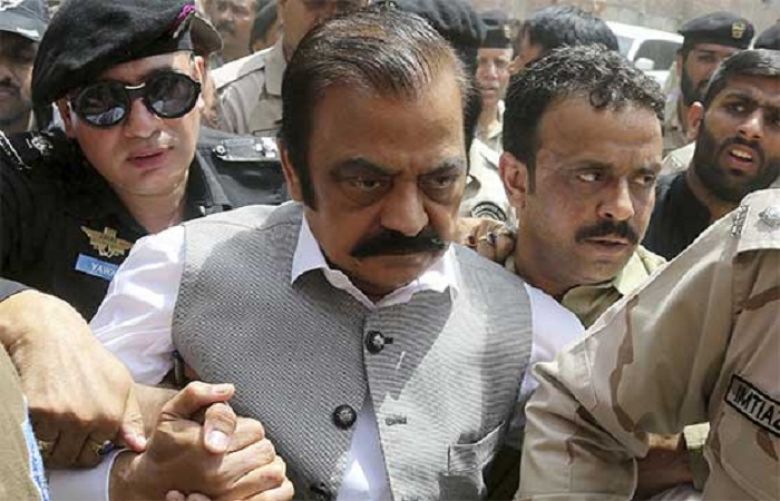 The court, presided over by Judge Shakir Hassan, also issued notices to the persons who had given bail surety of accused.

The court also summoned Rana Sanaullah in the next hearing of the case for indictment in the case.

In the previous hearing the court had ordered the authorities concerned to de-freeze Rana Sanaullah’s salary account on an application of the PML-N MNA seeking to de-freeze his bank accounts.

The court ordered that the account Sanaullah uses to receive his National Assembly salary be de-frozen with immediate effect.

His lawyer had contended before the court that the Anti-Narcotics Force (ANF) has got four different bank accounts of his client frozen, including the National Assembly salary account, due to which he is facing hardships in managing his day-to-day financial matters.

The counsel pleaded with the court to order de-freezing Rana Sanaullah’s salary account.