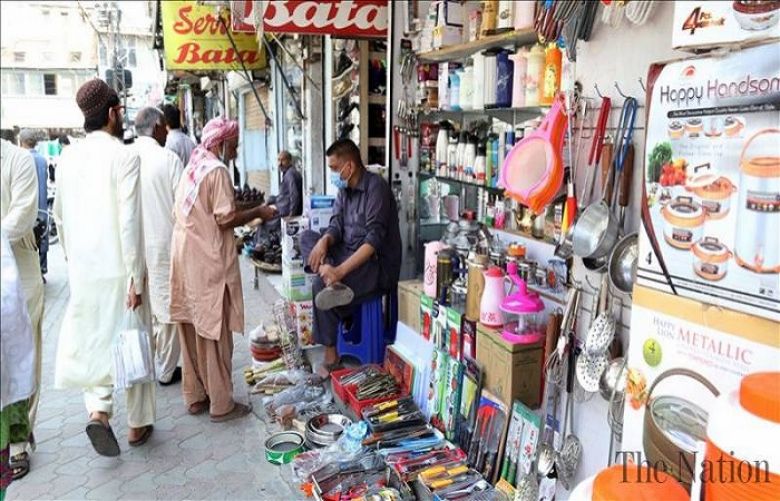 The drop in customer spending was highlighted in the fourth quarter report of Gallup Pakistan's Business Confidence Index, which recorded the views of people belonging to over 400 business sectors.

In the survey, 53% of traders said sales were down due to the on-going pandemic, whereas 22% said there was actually an increase. Meanwhile 25% said there was no difference in their business operations during the coronavirus period.

About 56% of businesspersons surveyed complained of declining sales in the manufacturing sector. In the services sector, the rate was 53%, whereas, in trading businesses, the rate was reported at 39%.

According to Gallup Pakistan, the biggest decline in sales was faced by traders in the spare parts and electronics sectors.

One out of every 10 merchants in the manufacturing business said there was an 80% reduction in sales, while 43% of traders reported a 40 to 60% decline in business.

Gallup Pakistan also asked the business sector to estimate the percentage of people who lost their jobs due to coronavirus.

According to Gallup, 50% of traders involved in most industrial machine parts reported having fewer employees than before.

After that, 45% of the food and beverage business sector employers said that the number of employees has reduced.