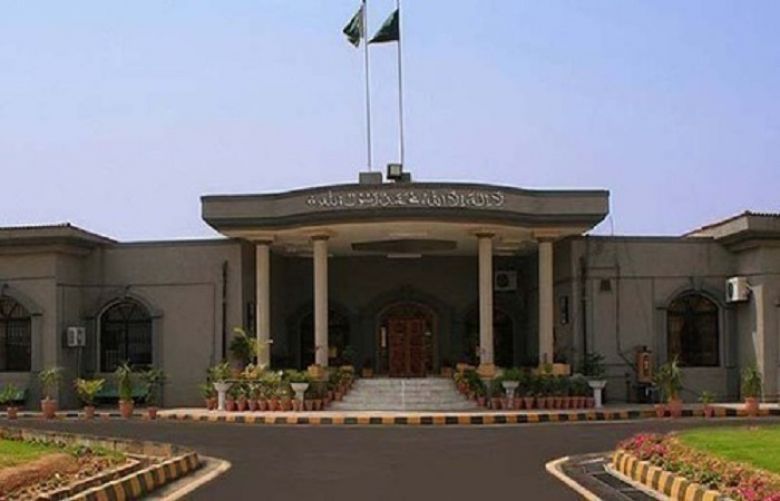 The Islamabad High Court (IHC) in a unanimous verdict on Tuesday ruled that the chambers built for lawyers on a sports ground in the capital's F-8 area were "illegally constructed" and therefore should be razed by the relevant authorities.

In the written order, authored by Justice Minallah, IHC said lawyers and advocates who had allowed the building of the chambers "forcefully [took] the law in their hands" and added:

"The facts of this case are disturbing because the conduct of a few enrolled lawyers has caused reputational damage to the entire legal fraternity."

The high court had been hearing the case, filed by a private citizen, since the past few years. In 2018, the Supreme Court had also taken suo motu notice of the construction of chambers by district court lawyers on the football ground, however, that matter is still pending.

In its verdict issued today, the IHC observed that the encroachment on the playground had begun in 2013 and due to a restraining order passed by district courts as well as an injunction, CDA's efforts to clear the illegal structures were halted.

Furthermore, office-bearers of the Islamabad District Bar had allotted plots to some lawyers for the construction of private chambers without any authorisation from concerned authorities, the court said.

The high court expressed hope that members of the Islamabad District Bar will clear the ground and "restore the playground for public use".

The federal government has also been directed to "commence and complete the construction of the state of the art complex of district courts without unnecessary delay". The Islamabad District Bar, meanwhile, will be able to submit its proposal to the CDA for "approval in relation to the Lawyers Plot, i.e., five acre plot separately allotted by the federal government for the use of the lawyers".

"We expect that the federal government will ensure that the state of the art judicial complex is made functional before the next Pakistan Day, i.e., 23rd of March, 2022," the verdict read.

It is pertinent to mention here that earlier this month, the CDA had razed some of the chambers that were built on the ground which led to a violent protest by the lawyers, who vandalised the IHC building on February 8; a group of lawyers also barged into the Chief Justice Block, broke windows and shouted slogans against Justice Minallah outside his chamber, trapping him inside.

Contempt notices were later issued to 17 lawyers who were among the 400 who stormed the IHC building.