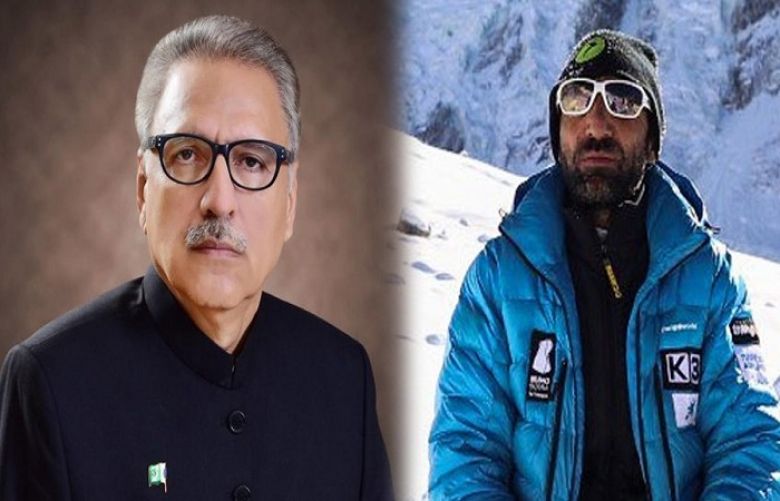 President Arif Alvi hoped that mountaineer Muhammad Ali Sadpara and other climbers who were part of an expedition to ascend the second highest peak of the globe, K2, without oxygen would be fine.

“I hope that Ali Sadpara and other fellow climbers will be fine,” he said in a message posted from his personal Twitter account.

He lauded the courageousness of these mountaineers and said that all of them would pray for their safe return.

A Twitter message from the official account of the Government of Pakistan also prayed for the safe return of Muhammad Ali Sadpara and other fellow mountaineers.

Prayers for safe return of our hero Muhammad Ali Sadpara and his fellow mountaineers!

Earlier in the day, it was reported that Pakistani mountaineer Muhammad Ali Sadpara — along with climber from Iceland John Snorri, is reported to be missing during his winter ascent on K2 and contact with the 3-member expedition has not been established for the last 25 hours.

The climbers went missing while returning to the basecamp 4, while Sajjid Sadpara reached basecamp 3 last night.

A rescue operation has now been launched to locate the missing climbers. Two helicopters of the Pakistan Army rescue team are taking part in the operation.

Sadpara along with his team was on a mission to summit the mountain in winter without oxygen.