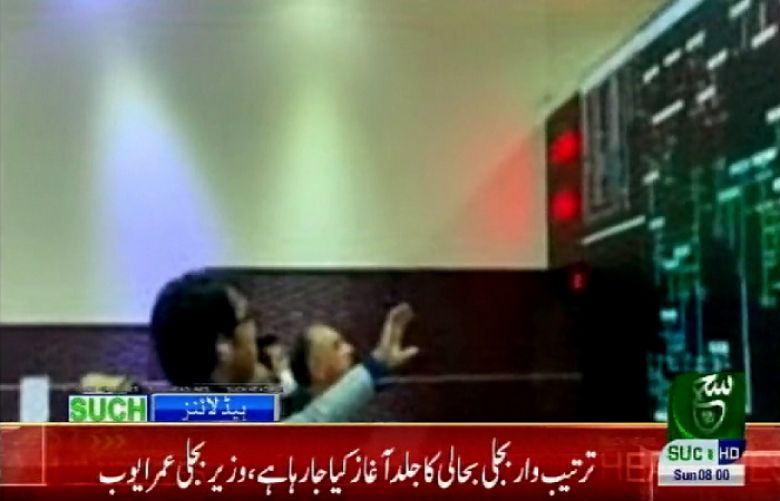 Power outages were reported in most parts of the country, including Islamabad, Karachi, Lahore, Peshawar and Multan.

Separately, Karachi-Electric, the port city’s sole power distributor said in a statement that the process of phase-wise restoration of electricity supply in the metropolis is underway. Power supply in some of the affected areas has been restored, it said.

The areas where power supply has been restored include Naya Nazimabad, Federal B Area Block 14 and 16, Site Area, Orangi, Manghopir, KDA and Valika. Electricity supply has also been restored in some areas of Gulistan-e-Jauhar, Landhi, Malir, and Shah Faisal.

Last night, the energy minister said that the frequency in the power distribution system suddenly dropped from 50 to zero which caused the blackout.

Urging the masses to exercise patience, the minister said that they were trying to ascertain the causes of the incident. He maintained that they were taking measures to activate Tarbela so as to restore the electricity.