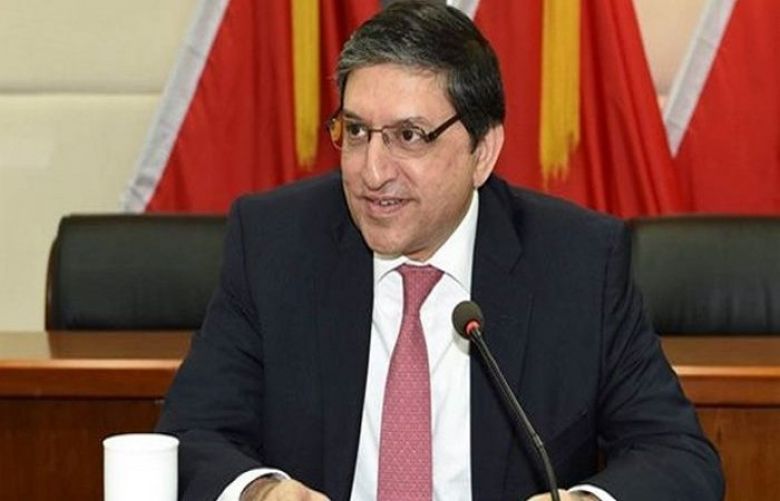 Senate Deputy Chairperson Saleem Mandviwalla on Monday said that assets belonging to National Accountability Bureau (NAB)'s personnel should also be scrutinised because "everyone is accountable and no one is above the law."

Mandviwalla was addressing the Senate's session on Monday during which he pointed out that NAB has turned into an institution which is "beyond anyone's control," therefore, the Senate and the Parliament should "seek a solution to end this misuse of power."

Mandviwalla said that whenever the country's anti-graft watchdog decides to launch an investigation into anyone's businesses, it first releases the information to media outlets to defame people and initiates the probe later.

"I have received more than a hundred complaints against the NAB, all in written form," he said. "Many federal secretaries also called me to say that they do not wish to work with NAB anymore."

He added that these are some "very serious issues," and they "must not be taken lightly."

Speaking about "numerous human rights abuses [allegedly] committed by NAB," Saleem Mandviwalla said that many people have died while they were in the bureau's custody.

"I have had meetings with the families of those who passed away in NAB's custody and I will meet them again. People who have been imprisoned are writing letters to me to help them get justice," he said, adding that the former Controller General of Accounts Khurram Humayun committed suicide after telling his family friends that he was really upset after NAB filed a corruption reference against him.

He also revealed that PPP senator Sherry Rehman's ex-husband was forced by NAB to record a statement under section 164 of the Code of Criminal Procedure with reference to section 145 of Evidence Act.

"Is NAB above the law? I suggest there should be an investigation into the assets of NAB's personnel. Their degrees and domiciles should also be checked," Mandviwalla stressed.

Speaking about how NAB treated him and accused him of being involved in corruption, Mandviwalla said that everyone was surprised when "NAB hurled baseless allegations against the deputy chairperson of Senate."

"When the NAB probed me for alleged benami transactions, they recorded everything. I demand them to hand the footage over to media so that everyone could see what actually happened," Saleem Mandviwalla said.

He added that if the courts ever decide to punish him, he would be ready for that if he is found guilty.

"It is not about me, but we have to do something about NAB's behaviour for the sake of this country," Mandviwalla maintained.