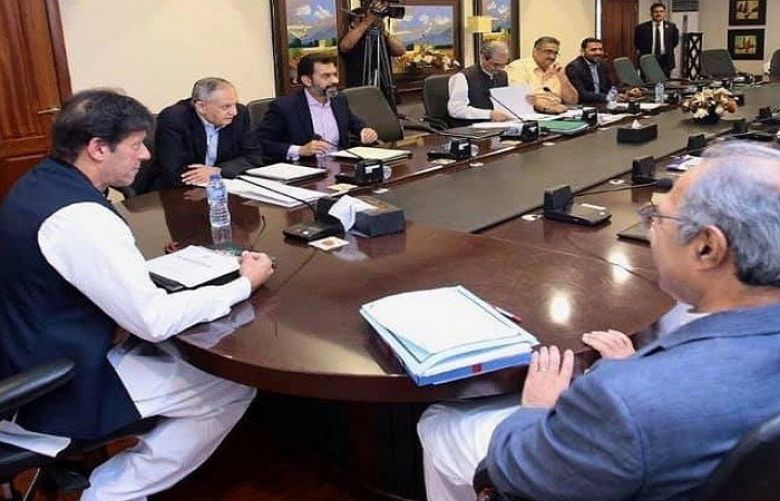 The Islamabad High Court has ruled that the prime minister's advisors and special assistants have no executive authority vested in them to chair or become members of cabinet committees.

The judgment was issued by a division bench comprising Justice Aamir Farooq and Justice Ghulam Azam Qambrani in a petition file by PML-N lawmaker Barrister Mohsin Shahnawaz Ranjha challenging the inclusion of Shaikh, Advisor to PM on Institutional Reforms Dr Ishrat Hussain and Advisor to PM on Commerce Abdul Razzak Dawood in the CCoP.

The bench set aside the notification regarding the formation of the Cabinet Committee on Privatisation (CCoP).

The judgment noted that Article 93 of the Constitution allows the prime minister to appoint up to five advisors and conferring of a federal minister status on an advisor is "only for the purpose of perks and privileges" and "does not make the advisor a federal minister as such".

However, the judgment explains that conferring the status of minister of state would make special assistant a person of that designation. The status is only "for the purpose of perks and privileges".

The special assistants to the premier are by no means members of the cabinet as they are not elected persons and/ or federal ministers.

"We are unable to agree with this argument of the learned Deputy Attorney General as it seems to be in violation of the Constitution and the law in as much as if it was to be inferred or held that though a non-elected person cannot be a Member of the Cabinet yet he can be a Member of the Committee of the Cabinet and even can chair the same, it would be in the negation of the Constitution of the Islamic Republic of Pakistan, 1973," reads the verdict.