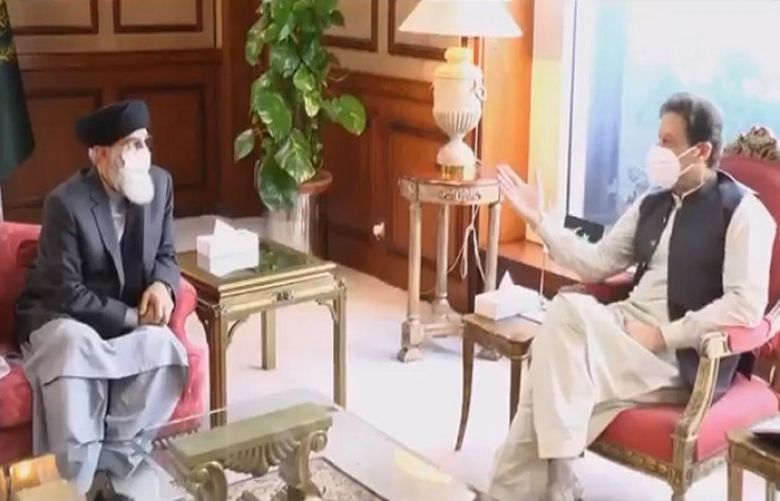 During his meeting with the visiting Afghan leader, PM Imran reaffirmed Pakistan’s full support for Afghanistan for reconstruction, economic development and dignified return of the Afghan refugees.

The premier underscored historic bonds of friendship and brotherhood between Pakistan and Afghanistan. He also highlighted the importance Pakistan attaches to the fraternal Afghan people and reaffirmed Pakistan’s resolve to foster closer cooperation with Afghanistan.

PM Imran expressed best wishes for successful outcome of the Afghan peace process as Pakistan has the highest stake in peace and stability in the region. He reiterated Pakistan’s long-standing position that there is no military solution to the conflict in Afghanistan and that an Afghan-led and Afghan-owned peace process is the only way forward.

The premier noted that Intra-Afghan negotiations have provided a historic opportunity for the Afghan leadership to establish lasting peace.

Underlining the positive contribution made by Pakistan in facilitating the Afghan peace process, he hoped that the Afghan parties would work to secure an inclusive, broad-based and comprehensive political settlement.

The prime minister also warned against the damaging role of spoilers, within and outside Afghanistan.

Besides undermining peace and stability, he underlined that this could also undermine the peace dividend to be accrued in terms of progress and prosperity of the Afghan people.

PM Imran said that Pakistan would continue to facilitate people-to-people exchanges, promote Afghan investments, and enhance programmes for human resource development and capacity-building of Afghans, especially in the education and health sectors.

Hekmatyar appreciated Pakistan’s positive role in facilitating the Afghan peace process. He also thanked Pakistan for its long-standing contribution to the socio-economic development of Afghanistan and for hosting millions of Afghan refugees for more than four decades.

“Prime Minister Imran Khan has said lasting peace can only be achieved through a political settlement accepted by the people of Afghanistan,” Qureshi said, adding that Pakistan would continue to play its part in facilitating the peace process.