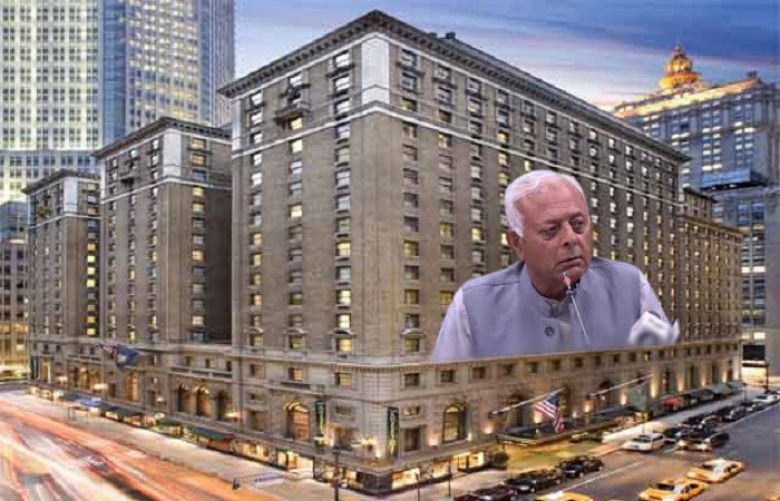 Roosevelt Hotel, a New York city landmark, owned by the PIA, announced to close its doors permanently last week, due to the coronavirus pandemic.

The Pakistan International Airlines (PIA) had acquired the 19-storey building in 1979 on partnership, the minister explained, as reported by the state-run Associated Press of Pakistan. In 1999, the Airlines bought complete shareholding from its own resources and without any aid from the government of Pakistan.

Named after the American President Theodore Roosevelt, the hotel has featured in several big-ticket Hollywood productions and overtime acquired an iconic status in Manhattan.

After purchasing the hotel, the PIA renovated the structure due to which operations stayed in profit till 2018, the minister said. The hotel has not undergone renovation in the last over 20 years.

Profits began to slump in 2019, putting the financial position of the Roosevelt Hotel in the red, Khan said. He explained that the main reason for its downfall was a deteriorating infrastructure, which was further compounded by the pandemic.

The minister said the hotel was currently operational and had valid contracts till December this year with various other airlines. Multiple options were being considered for its future and all decisions were made collectively by the hotel’s board and the government of Pakistan, he added.

As per estimations, the cost of basic renovation amounted to $32 million, whereas full renovations required $110 million.

Previously, the Roosevelt Hotel’s management had taken a loan of $160 million from the JP Morgan Bank, and had been making regular payments on its own. This year, the payable amount had reduced to $105 million. But the lender sold off its liabilities to another company which was interested in acquiring the Hotel.

This was unacceptable to the PIA and government of Pakistan, the APP reported.

The PIA management was then able to convince the government to intervene by paying off the loans in one-go and securing the asset.