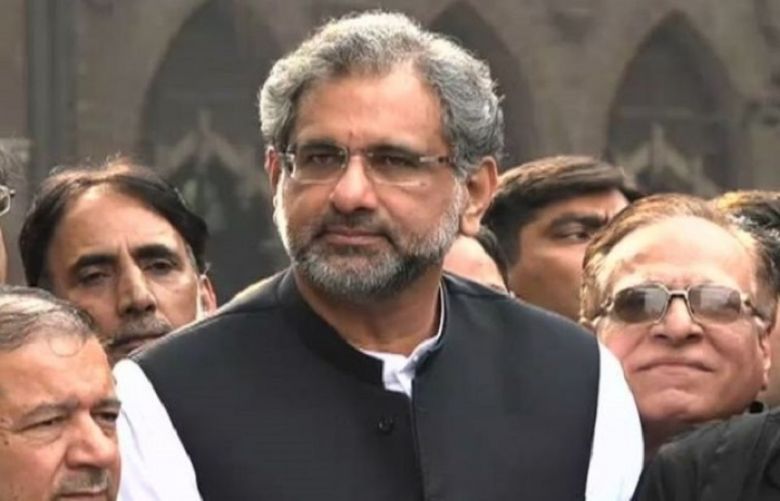 Former prime minister Shahid Khaqan Abbasi said on Wednesday that he will go to Lahore tomorrow and try to register a case against Prime Minister Imran Khan based on the allegations made on TV by former director-general of FIA Bashir Memon.

“I also want to get a case registered. I will go to Lahore tomorrow go to Shahdara; my FIR will be against PM Imran Khan,” the PML-N leader said in a news conference in Islamabad.

Abbasi noted that Memon had alleged that Prime Minister Imran Khan told him to register cases against PML-N leader Khawaja Asif under Article 6 of the Constitution. He added that the claims made by the former head of the FIA had proven that PM Imran is obsessed with the opposition.

The PML-N leader further challenged the ministers to come forward and arrest the suspects in the case, asking the government to do an open trial in front of the people of Pakistan. He added that today, India and Modi must be "laughing" at Pakistan.

“What case for Kashmir will you fight when you keep in front of the world that prime minister of Azad Kashmir is an Indian agent,” observed the former prime minister.