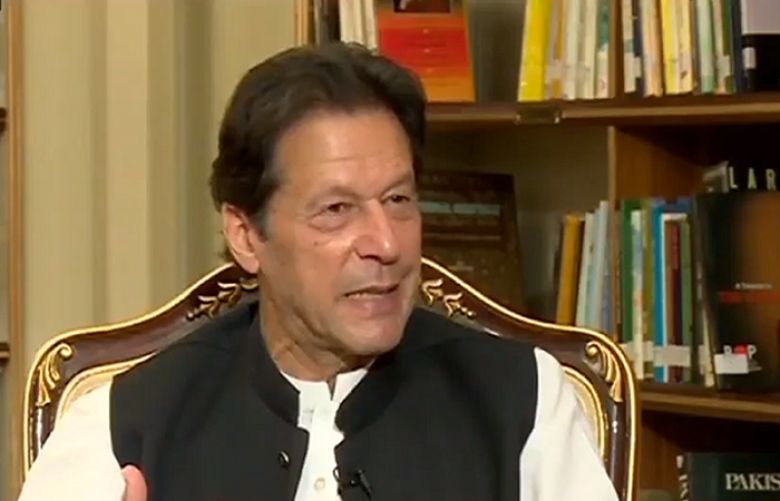 Reacting to the motorway gang-rape case, Prime Minister Imran Khan on Monday called for rapists to be castrated chemically so that they cannot carry out the crime again in future.

"It [rape] should be graded like murder, first degree and second degree," he said. "Chemical castration should take place. I have been reading up on it, it happens in many countries," added PM Imran.

Speaking about the motorway rape incident, PM Imran said that it had shook the entire nation as everyone felt that it could happen to their wives and daughters.

PM Imran said that when he first became prime minister, he was shocked to receive a briefing from the Islamabad IG who told him that sex crimes were on the rise against women and children.

The premier called for a three-pronged strategy to deal with cases of rape and sexual abuse, starting first with registering sex offenders and pedophiles.

He stated the example of foreign countries where pedophiles — after a proven history of sexually abusing children again after being released from jail — were properly registered and tracked by governments.

PM Imran said that the second step through which the government could deal with rapists and child sexual abusers was to hand them exemplary punishments.

However, PM Imran said that the government later came to the conclusion that the action of publicly hanging rapists would not be "internationally acceptable" as Pakistan was accorded the Generalised Scheme of Preferences (GSP) status by the EU which could be revoked.

PM Imran said that the police and bureaucracy in Punjab has been politicised, reiterating support for Chief Minister Usman Buzdar.

"Usman Buzdar is not a corrupt man. He is running a very difficult Punjab government. To govern Punjab is very difficult," he said in an interview with anchor Moeed Pirzada for a private news channel . "The police and bureaucracy has been politicised in Punjab as only one party had been ruling the province for the past 35 years," he added.

"Only I knew about the pressure that he [Buzdar] was facing. The masses don't know about it," he said.

PM Imran said that the Punjab government was spending a lot of money in Dera Ghazi Khan as it was — according to socioeconomic indicators — the most backward province in the country.

"What I expect from Usman Buzdar is that at the end of his tenure, poverty [in Punjab] declines," he said, adding that the PTI government's projects in the province were aimed to uplift the poor.

PM Imran brushed aside accusations that frequent changes in the bureaucracy was a worrying sign for the provincial government in Punjab, he said that what matters at the end of the day is whether the government made life easier for the people or not.
"Changes have taken place and more changes will also take place in the future," he said. "What matters is that we are focusing on our objective [of delivering for the people]."

Further defending the Punjab government for its frequent transfer of secretaries, PM Imran said that it was discovered that the Punjab Police, at the lower level, was involved with land grabbers.

In response to a question, the prime minister categorically said that there was no guarantee that the new IG Punjab will fulfill his tenure or not.

"What matters is whether he will perform or not," said PM Imran. "Shoaib Dastagir also did a good job [as Punjab IG] but the prerogative [of changing IGs] belongs to the chief executive. No one will hold IG Punjab accountable if people's lives and properties are not safe. They will hold Usman Buzdar and Imran Khan accountable," he said.