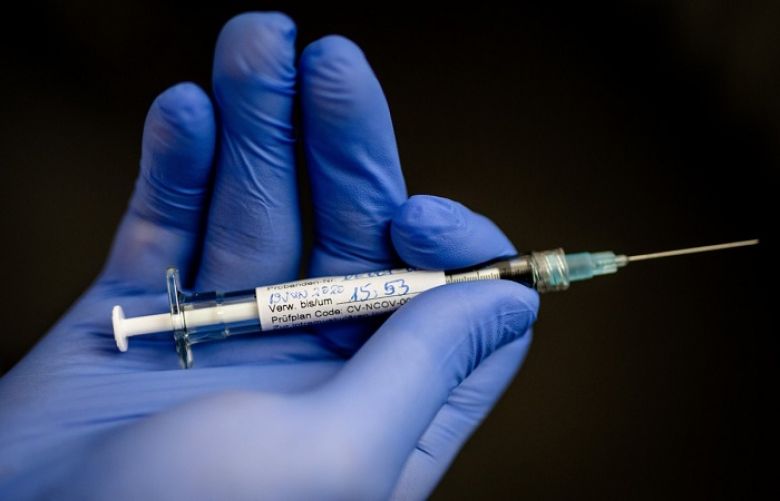 File Photo ‘The electronic chip and the poison’: COVID-19 and conspiracy theories

The vaccine will inject you with an electronic chip, poison you, make you sick, they say.

There’s no vaccine yet for treating COVID-19, and scientists are multiplying efforts to find one.

But already anti-vaxxers — a small but vocal group of people who don’t believe in vaccinations — have taken advantage of the pandemic to multiply disinformation on social media.

The video “Plandemic,” which claims the COVID-19 crisis was a government setup, has already been viewed millions of times on YouTube and other streaming platforms.

A list of substances with scary-sounding names — phenoxyethanol, potassium chloride — said to be found in toxic quantities in vaccines (which is not true) has been shared thousands of times on Facebook since the end of April.
The anti-vax rhetoric is not new, but has gained huge visibility during the pandemic, according to experts who spoke with AFP.

The anti-vax movement predates both the internet and the COVID-19 crisis, but social media has created a highly-efficient “echo chamber” for anti-vaxxers, according to Sylvain Delouvee, a researcher in social psychology at the University of Rennes, in France.

Despite these platforms’ claims that they will limit viral anti-vax content, the false headlines have nonetheless proliferated, he said.

Anti-vax rhetoric, he added, is “continuously-evolving, without a clear definition,” meaning it can reach people across the political divide.

Some misleading claims — like one article claiming that vaccines contain the same toxic chemicals as the substances used for lethal injections — have seemed to reappear online without direct reference to COVID-19.

The extent to which the pandemic has altered the misinformation landscape is not yet clear, according to David Broniatowski, from George Washington University in DC.

The attention given to COVID-19 has allowed anti-vaxxers to fold the news into their existing narrative, according to Amelia Jamison, at the University of Maryland.

“There’s this kind of small but very vocal group online,” she said. “This has just re-energised them.”

She noted that in the US in particular, the anti-vax, anti-mask and anti-quarantine movements have come together ostensibly in the name of preserving individual liberties.

Anti-vaxxers are “taking up more and more space online,” Delouvee noted, comparing the current wave of anti-vax activity to a “groundswell”.

But Jamison cautioned that things online aren’t always what they seem.

“If you look at polarised content on vaccines, it tends to break out like 50-50 [online],” she said.

The vast majority of people worldwide — about 80 percent — somewhat or strongly agree that vaccines are safe, according to the 2018 Wellcome Global Monitor, an annual survey on science and health. Seven percent of people said that they “somewhat or strongly disagree,” while 11 percent did not have an opinion.

Still, the anti-vax movement “could amplify outbreaks” of COVID-19, as was the case for the 2019 measles outbreak, according to researchers who published a study in the scientific journal Nature.

The World Health Organization, for its part, classified “vaccine hesitancy” as one of its 10 threats to global health in 2019.