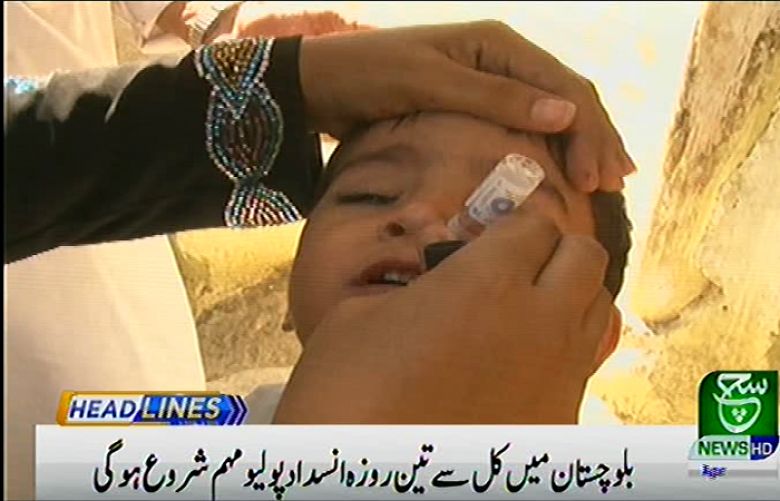 A countrywide campaign to administer anti-polio drops to children aging up to five years to start on Monday (tomorrow), Radio Pakistan reported on Sunday.

He urged the people to cooperate with polio teams to administer drops to their children against this crippling disease.

Polio eradication programme on Thursday had confirmed presence of active polio virus in sewage of 12 big cities of the country.

As per details, P-1 polio virus was found from the sewage of the 12 big cities including, Peshawar, Lahore, Karachi, Rawalpindi, Banu, Mardan, Waziristan, Hyderabad, Sukkur and Shahdadkot.

Sources privy to the development said keeping the alarming situation in view, the authorities have decided to extend age from 5 to 10 years for the administration of the anti-polio drops.

Earlier, two new polio cases were reported in the country.

According to prime minister’s focal person for polio eradication, Babar Bin Atta, the first case was reported in a four-month-old girl in Hangu, while another case was detected in an eight-month-old boy in Lahore’s Shalimar Town area.

He had said a total of four cases of polio had been reported in the ongoing year.