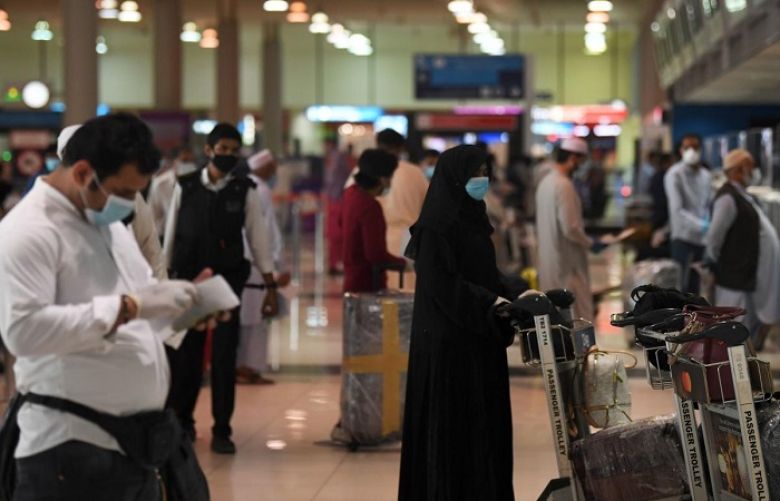 The notification issued by the NCOC stated that in lieu of the risk of transmission involved in mass gatherings, rising disease prevalence globally, and soaring Covid-19 cases in Pakistan, testing will be performed in international airports of Karachi, Lahore, Quetta, Multan and Islamabad.

The government has directed airport authorities to begin RAT on arrival for all Hajj flights from July 15.

Furthermore, the notification stated that filling credentials on the pass track application has been made mandatory and travellers will be required to quarantine at home for at least 10 days in the event of a positive test.

The aviation division, airport management, and Airport Security Force (ASF) have been requested to facilitate the Central Health Establishment (CHE) for smooth testing of inbound pilgrims and allocate dedicated spaces at airports.

Amid rising cases of Covid within the country, Minister for National Health Services Abdul Qadir Patel appealed to the people to stay indoors during Eid holidays and observe precautionary measures.

Talking to the media in Islamabad, he said the positivity ratio of coronavirus cases is over four per cent in the country.

He said the government has issued the standard operating procedures (SOPs), which were evolved earlier, to prevent the spread of the virus. He furthered that SOPs for government offices have also been issued.

During the press conference, he informed that 176 people were hospitalised and around five people are on ventilators during the last 24 hours as of July 4.