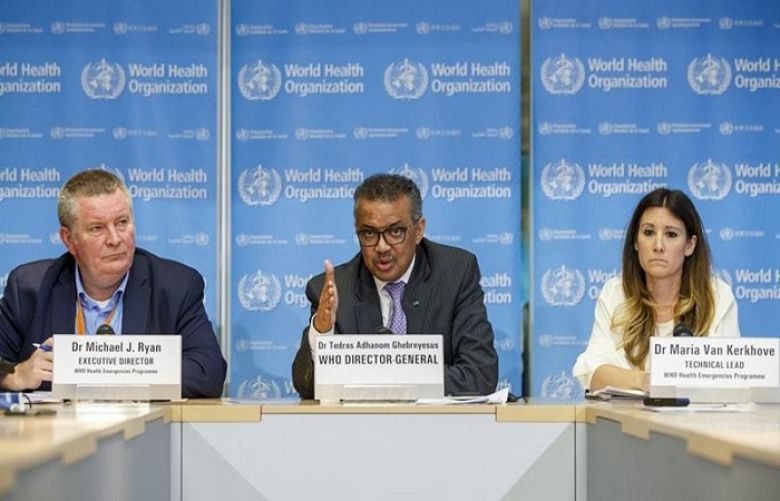 File Photo WHO believes 10pc of world has had Covid-19

The WHO estimated on Monday that 10 percent of the world has been infected by the new coronavirus — way more than has been recorded — as it mulled speeding up internal reforms.

To date, more than 35 million cases of Covid-19 have been registered worldwide, including some 1.04 million who have died, according to a tally based on official sources.

But the World Health Organisation now estimates that around a tenth of the planet’s 7.8 billion or so people have already been infected since the virus first surfaced in China late last year — more than 20 times the official count.

“Our current best estimate tells us that about 10 percent of the global population may have been infected by this virus,” WHO emergencies director Michael Ryan told a special meeting of the agency’s executive board.

He stressed that infection levels varied “from urban to rural, it varies between different groups.” “But what it does mean is that the vast majority of the world remains at risk,” he warned.

WHO chief Tedros Adhanom Ghebreyesus meanwhile told Monday’s meeting that the pandemic should serve as a “wake-up call for all of us.” “We must all look in the mirror and ask what we can do better.” he said.

Tedros pushed back at criticism of the UN agency’s handling of the pandemic, insisting it from the start had “worked around the clock to support countries to prepare and respond to this new virus.”

Tedros, wearing a black face mask with a colourful pattern on the sides, also vigorously defended the reform process at the organisation over the past three years, but acknowledged it should be sped up.

“We’re not on the wrong path. We’re on the right path, but we need to go faster,” he said.

The executive board, which is made up of representatives from 34 countries who are elected for three-year periods, is meeting for two days this week for only its fifth-ever special session.

It aims to evaluate progress towards implementing an “impartial, independent and comprehensive evaluation” of the WHO’s response to the pandemic, as requested by member states.

Tedros said countries were being encouraged “to come with new ideas,” insisting that “we have to be open to change and we have to implement changes now.” He stressed for instance the need for “robust peer-review” of countries’ records on health.

He suggested that the Universal Periodic Review at the UN Human Rights Council, where each country’s rights situation is evaluated every few years, could serve as inspiration.

The WHO has met with harsh criticism for its pandemic response, in particular from the United States, which under President Donald Trump has begun withdrawing from the organisation it accuses of sounding the alarm too late.

Tedros has flatly denied that, insisting that the WHO had acted swiftly as soon as it received word of the new virus, and pointing out that it had declared the highest level of alert on January 30.

The organisation has also been criticised for slow or changing recommendations on the best measures to take in halting the spread of the virus, including on the importance of wearing face masks.