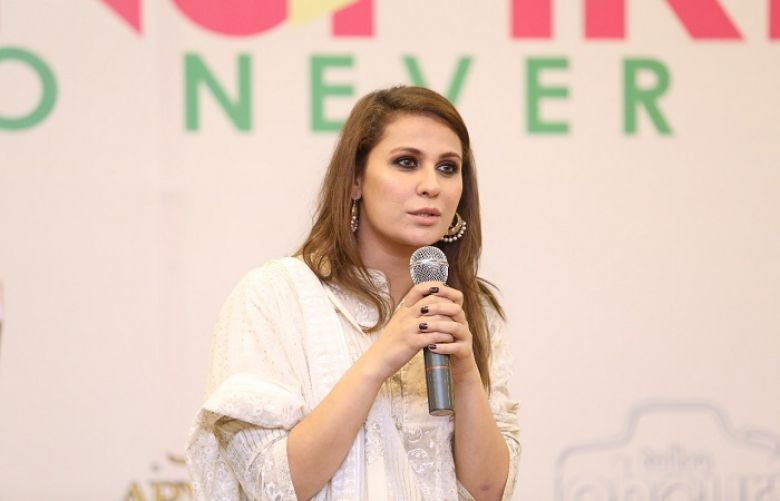 Nausheen Shah has spent the last few years deep in the trenches battling her anxiety and depression.Roughly seven years ago, the actress first began to feel a sort of heaviness that would follow her throughout the day. At night she couldn’t fall asleep. She would cry all the time and stay holed up in her room a lot. There were even times when she felt like she could no longer read her scripts.

She said that I would start off at my shoot totally fine but all of a sudden I don’t know what would overcome me. Co-stars were having to rush me to the hospital . It was a time of deep embarrassment. People thought I was pagal, like I had gone mental.But Nausheen had not, in fact, gone “mental”.

What she was actually experiencing was a panic attack, which is an episode of intense fear that is accompanied by ​at least four of a ​set of symptoms​. Some of the common symptoms can include an increased heart rate, sweating, trembling or shaking, shortness of breath, and a fear that the person is losing control or “going crazy”.

When Nausheen went to a doctor, he didn’t bother to try and pinpoint what was causing her distress nor did he discuss with her treatment options (like medication coupled with cognitive behavioral therapy -- a frequent treatment for panic disorder).

Instead, he handed her a quick-fix in the form of a prescription for Lexotanil, which is a highly addictive anti-anxiety drug. She went for a second opinion. This doctor not only okay-ed the medication, he told her to take as many as she felt she needed.

Initially, the medicine brought nothing but relief. Anytime she felt the familiar pang of a panic attack coming on, she would take a pill and within ten minutes she would be blissfully and sufficiently numb enough to continue her day. But over time, she built up a tolerance to the Lexotanil. Eventually she was taking ten to twelve pills daily just to function.

Then, one day, she fell apart in front of Shahroze Sabzwari. She now credits him for essentially saving her life. When he asked her what was going on with her, she simply told him she could no longer do it -- any of it -- and, immediately, he got her an appointment with a doctor he trusted.
This doctor told me I was definitely on the wrong meds she said  the Lexotanil had been good in the moment but it came with massive withdrawals in the long run.

This new doctor started Nausheen Shah on new, safer anti-anxiety medication. But, her struggle was not yet over. The doctor advised that I spend time with myself on myself. He told me to spend time thinking about what my triggers were.

I finally realized that I need not only the right type of medication but that I also have to change a lot of bad habits, to get myself away from a lot of negativity, to start putting myself first, and, most importantly, I had to restore my connection with Allah,” she said that  basically, I had to give up things that weren’t acceptable for my health and my religion.

Today, Nausheen Shah is a different woman. She is completely focused on her career. She also spends a lot more time on her health. Right now she’s completing an online health class. And, she does yoga and pilates regularly. She also prays five times a day and has pretty much completely pulled out of the industry social scene for the sake of her sanity.

She said Why should I be ashamed if I have a disorder We only ever want to talk about an actor’s sense of style, her roles or her controversies. And I’m sick of this

Pakistanis don't know how to talk about mental health, but Nausheen thinks that's changing being no stranger to the frustrating and complex world of psychopharmaceuticals.

A recent Washington Post article declared that “we live in the age of anxiety”. But even though so many are suffering, so few are getting the help that they so desperately need. And nowhere is under-treatment a reality than in Pakistan. According to one study, in western nations, one in six people receive proper treatment. In the developing world, this number plummets to one in 27 people.