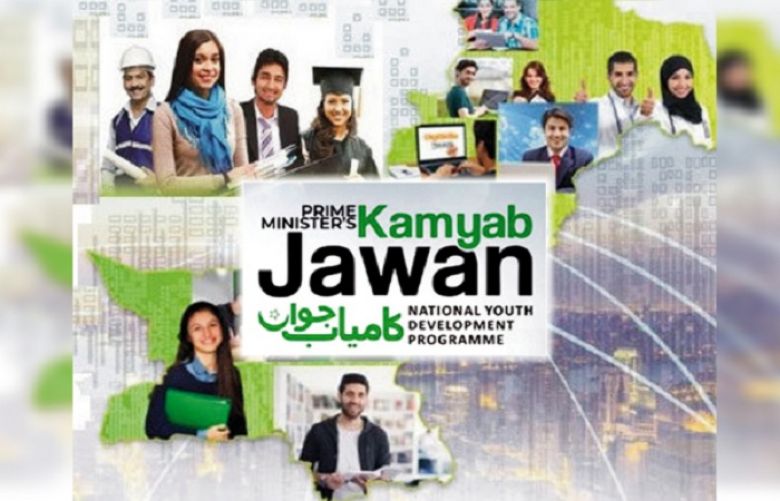 Prime Minister's Youth Affairs Programme (PMYAP) has launched the 'Kamyab Jawan Programme’ for the socioeconomic development of the youth in the progress of the country.

According to an official, under the programme a vast array of projects and initiatives would be undertaken in education, skill training, entrepreneurship, and civic engagement for the country’s youth.

These initiatives would focus on ‘3Es': education, employment and engagement, while implementing six flagship programmes.

Under the six flagship programmes, the first will be ‘Youth Entrepreneurship Scheme’ as per which subsidised business loans would be provided to young aspiring entrepreneurs for the promotion of SME sector, the official said.

The second would be ‘Skill for All Programme’, under which technical and vocational training is to be imparted to 150,000 youth both in conventional and high-end technological trades, he said.

The third initiative is ‘Startup Pakistan Programme’ under which potential young entrepreneurs would be trained and mentored to conceive, incubate, and mature their business plans through access to digital incubation platforms.

The fourth would be ‘Green Youth Movement (GYM)’ under which small grants are to be provided to Pakistani youth to bring economic innovative solutions to tackle environmental and climate crises.

The fifth initiative, ‘Internship Programme’, would impart effective internship programmes both for undergraduate and postgraduate students to facilitate them in active participation in the private sector.

The sixth initiative would be ‘Jawan Markaz’, a one-stop solution for youth-related issues at the grassroots level and it would not only provide access to sports and other youth engagement activities but also provide them with career counseling, mentoring and access to a host of digital services, the official added.