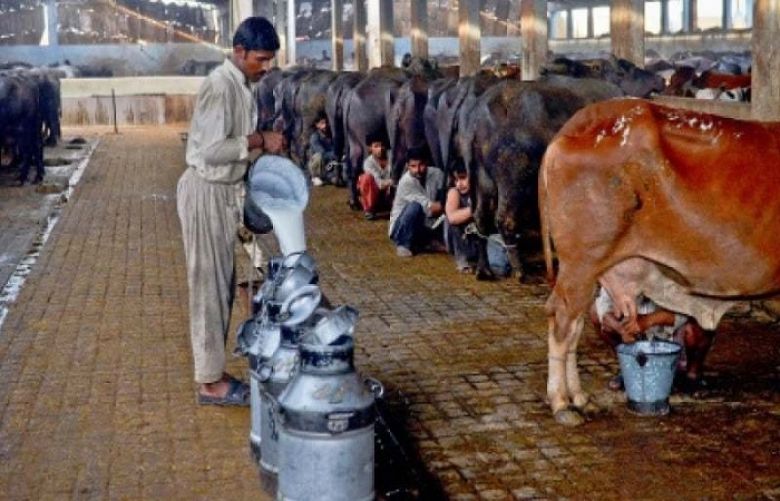 The government is working to rationalise taxes on milk supply chain to incentivise the sector in order to expand collection and processing units across the country, said Advisor to Prime Minister on Commerce and Investment Razak Dawood in a meeting with the delegation of International Finance Corporation.

The meeting was held to discuss policy options to revive the growth of Pakistan’s dairy sector. Dawood said the tax incentives will transform dairy farming into a formal sector.

He added that the taxation policy for dairy supply chain must be re-aligned for government’s broader socio-economic objectives with the nutritional requirements of the population.

An official statement issued after the meeting said it was discussed that processed milk, being an essential commodity, remained under the zero-rated sales tax regime from 2006 till 2016. However, the incentive was withdrawn in 2016 and sales tax was reapplied.

As demand for packaged milk is highly price elastic, the imposition of sales tax led to a decline of domestic market by 30 per cent and the formal processing units registered a drastic 80pc decline in profitability. These policies forced manufacturers to cut down costs and close milk collection points across the country as farmers starting shifting back to the informal market.

The advisor informed the meeting that unprocessed milk poses a health hazard due to a high degree of adulteration and contamination and is a major cause of malnutrition and stunted growth among children.

The delegation informed that despite huge potential in the dairy sector, only 5pc of milk sold across the country is processed and packaged while 95pc of the consumed milk is unprocessed. The delegation also highlighted issues of taxation and pointed out the need to pass pasteurisation law which would reduce the health risk from unprocessed milk sold in the market.

The advisor emphasised the need to reverse this trend and bring the dairy farmer back into the formal eco-system where the farmers can work in partnership with companies to improve yield and livestock health.

He also stressed the need for holistic approach to revive the sector by focusing on reducing the regulatory and taxation burden, improving productivity and supply chain management.