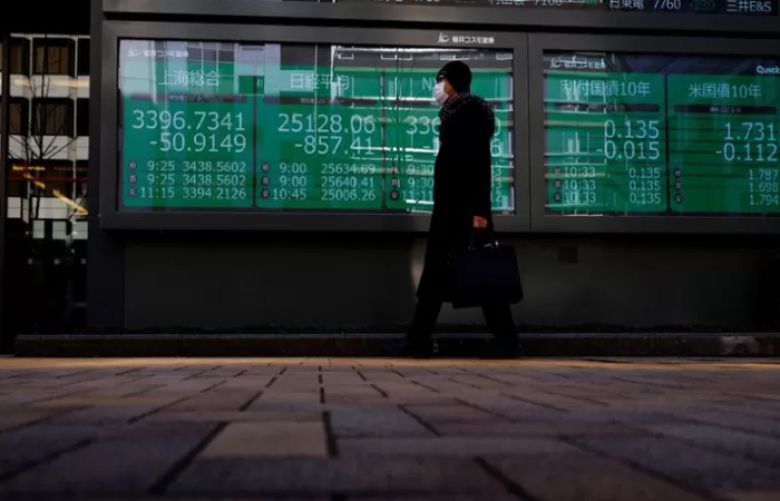 Asian markets were mixed Tuesday as investors scrabbled to recover from the previous day’s rout but fears over the impact of China’s Covid-induced lockdowns and the Federal Reserve’s plan to hike interest rates quickly continue to drag on sentiment.

The Omicron flare-up across China has led authorities to impose strict containment measures in its biggest cities, shutting off millions of people and threatening to deal a hammer blow to the world’s number two economy.

While Shanghai -- the largest city -- has been in lockdown for weeks, Beijing has launched mass testing for nearly all its 21 million residents with many in the capital now fearing the same fate as the financial hub.

The measures have dealt a severe blow to the economy, leading to concerns about the likely knock-on effects for the rest of the world owing to its reliance on goods from China.

The China crisis comes as traders grapple with a hawkish Fed, which is struggling to control inflation, which is sitting at a more than 40-year high.

"For the time being, the spectre of more severe restrictions in China is not being traded from the inflationary side, but rather as a detriment to the global recovery and as a demand-negative shock," said BMO Capital Markets strategists Benjamin Jeffery and Ian Lyngen.

They added that they were "less convinced that the situation will be enough to materially shift" the Fed’s plans to aggressively hike interest rates to tame runaway inflation.

US central bank policymakers have said they are keen to lift rates several times this year to get a grip on prices, with boss Jerome Powell indicating a half-point rise next month followed by more before January.

The Fed and China issues are being compounded by the war in Ukraine and all the uncertainty that has brought, while investors are nervously awaiting results and forecasts from the world’s biggest companies, hoping for an idea about the impact on their bottom lines.

While Asia suffered a torrid day Monday, Wall Street managed to end on a positive note, helped by news of Elon Musk’s $44 billion purchase of Twitter.