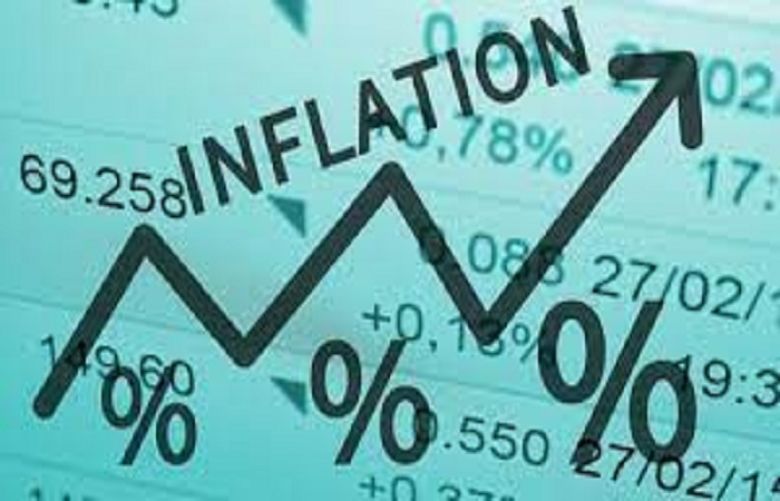 The inflation rate picked up pace and jumped to 12.7% in March amid a significant rise in prices of perishable food items both in urban and rural areas.

The Pakistan Bureau of Statistics (PBS) reported on Friday that the Consumer Price Index (CPI) rose to 12.7% in March over the same month a year ago.

The national data collecting agency reported a 33.63% increase in prices of chicken, 15.17% in fruits and an 8.32% surge in prices of mustard oil, hitting every household adversely. Similarly, the PBS reported a 7.79% increase in liquefied hydrocarbons and a 2% increase in construction input items in March over the same month of the last year.

The majority of the prices increased due to an increase in commodity prices in the international market and a decline in the value of the rupee.

The surge also comes amid a sharp rise in global inflation and soaring oil prices in the international market, which touched $140 per barrel during the month, and its direct and indirect impact is passed on to the consumers.

The increase in commodity prices in the international market and reduction in the value of the Pakistani rupee will push the cost of every imported commodity including wheat, sugar, cooking oil, crude oil and the raw materials of the industries.

Speaking to Geo.tv, an analyst from AHL Sana Tawfiq said that the inflation rate was slightly above the market expectation; however, the analysts expected the number to remain in double-digits.

“The headline inflation increased due to month-on-month increase in all indices, except for housing index,” she said, adding that the increase in core inflation is “alarming”.

On a month-on-month basis, inflation dropped to 0.8% owing to a decrease in housing index.

The Wholesale Price Index (WPI), which captures prices in the wholesale market, also rose to 23.8% in March over the same month a year ago. Usually, the retail market prices reach the wholesale price levels in four to six months, indicating that the prices will remain high in the near term.

The food inflation rate in cities stood at 14.5% and in villages and towns at 15.5%, which was relatively higher than the previous month. Non-food inflation was recorded at 10.4% in urban areas and at 12.5% in rural areas.

The food group saw a price increase of 15.30% in March from the same month a year ago. Within the food group, prices of non-perishable food items rose 13.33% on an annualised basis and the prices of perishable goods rose by 30.13%. The inflation rate for the housing, water, electricity, gas and fuel group — having one-fourth weight in the basket — increased to 8.33% last month.

The slight decrease in the housing sector was fuelled by a reduction in electricity charges.

Average prices for the clothing and footwear group rose 9.67% in March. Prices related to transportation rose 26.25% due to higher oil price in the international market.

Tawfiq said next month, month-on-month inflation is expected to remain under pressure on the back of the surge in prices of perishable and non-perishable food items due to the Ramadan factor and quarterly house index adjustment.

It further said that the outlook for inflation has improved in lieu of the relief package announced by the government whereby cuts have been made in fuel prices and electricity tariff.

“Whereas moderation in local demand should subside risks emanating from demand-pull inflation, notwithstanding the trajectory of global energy and food prices given the Russia-Ukraine conflict,” it noted.

The analyst noted that the situation is going to remain the same until the rising commodity prices subside; however, negotiations between Russia and Ukraine and the decline in international oil prices will play a major role.

Regarding the State Bank of Pakistan (SBP)’ monetary policy which is scheduled to be announced on April 19, the analyst said that the market is expecting a 100 basis point hike; however, she added that this is a “tricky prediction”.

She said that rising inflation hints toward a hike in the policy rate; however, in March the SBP had maintained towards maintaining the status quo.
On March 8, the central bank had kept the interest rate unchanged at 9.75%.