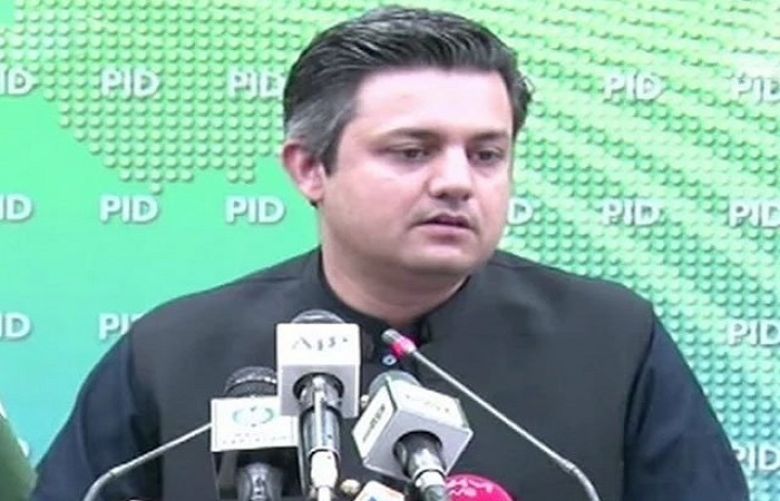 Federal Minister for Energy Hammad Azhar on Thursday said that the PTI-led government will take measures to provide maximum relief to the salaried class.

Addressing a press conference in Islamabad, the minister said that the industrial sector grew by 7.8% and while services sector by 5%, despite the previous government's record trade deficit which was managed by the current government.

He further said that inflation has affected the working class due to an increase in prices of international resources, and assured the masses that the government will provide them with "maximum relief."

Shedding light on the circular debt, the minister added that the "government is paying double the amount in rents by paying Rs800 billion instead of Rs400 billion".

The minister said that the government has saved the economy from bankruptcy by taking steps to reduce the circular debts.

"We have to maintain the good economic indicators," he said, adding that the country is going towards sustainable development as "there has been a yearly decrease of Rs140 billion in the circular debts".

He said that the number of taxpayers has increased by 35% since last year, adding that the incumbent government faced economic difficulties as well as grey-listing by the Financial Action Task Force (FATF) due to the previous government.

Azhar talked about the economic growth since the last fiscal year which was 5.37% and said that the country had good economic growth in the third year of the current government.

Criticising the PML-N, he said that the former government could not increase exports and people had to pay a heavy price in the last year of its tenure.

"The PLM-N government had damaged the economy and never revealed if there has been an increase in the circular debt," he said.

The minister promised that the government will create more jobs and said that "analysts are predicting progress in the country".

Azhar also condemned the Lahore blast that happened today in which two people lost their lives while more than a dozen sustained injuries.

He also assured that the security agencies will not allow the law and order situation of the country to be affected at any cost.