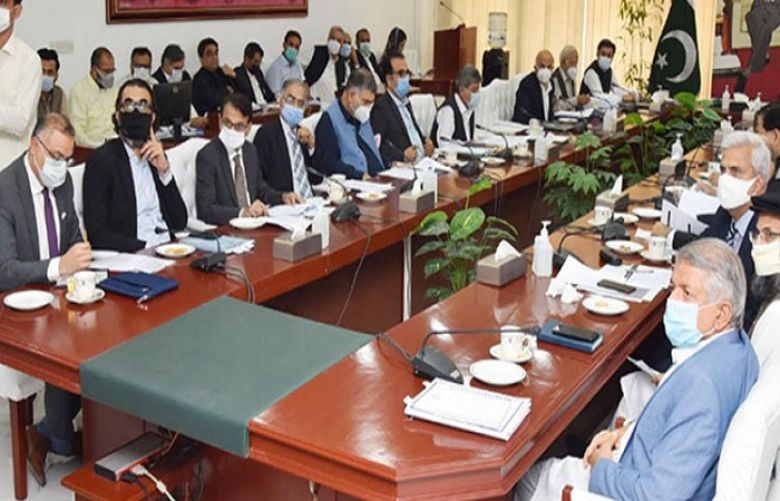 File photo The Executive Committee of the National Economic Council

The Executive Committee of the National Economic Council on Friday gave nod to various projects worth over Rs326 billion.

According to the details, the ECNEC, which met in Islamabad today (Friday) with Finance Minister Shaukat Tarin in the chair, approved dualization of Lilla Interchange at M-2 via Pind-Dadan Khan to Jhelum including two bypasses at a cost of over Rs12.7 billion. The project will be completed in three years.

The ECNEC directed that the government of Punjab will fund the land acquisition cost, horticulture charges and Provincial Revenue Authority Tax charges through its own resources.

Reconstruction of 115-kilometer long Turbat-Mand Road from M-8 till Iranian Border-Radeeq costing 10.461 billion rupees also got ECNEC’s nod. The project is expected to be completed in 2 years by Communication Department Balochistan as a part of South Balochistan Package..

Construction of 228 kilometer Panjgur-Gichak-Awaran Road Project was also approved at the rationalized cost of Rs14.68 billion. The Balochistan government will make security arrangements for the project and acquire land through its own resources.