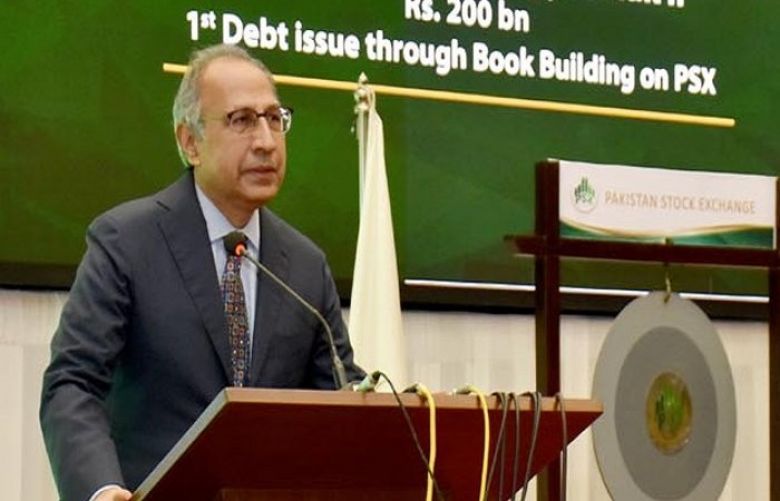 Adviser to the Prime Minister on Finance, Dr Abdul Hafeez Shaikh emphasised on the importance of carrying out development work in Karachi to uplift Pakistan's economy.

Speaking to media at the Pakistan Stock Exchange (PSX) on Monday, Shaikh said that the economic situation of the country was improving after the provincial and federal governments had started working together.

Referring to Pakistan as “Asia’s best market”, he said that people were aware of the grave situation of the economy when the incumbent government had taken over the reins of the country.

The adviser also called for institutions to be given more autonomy, assuring the PSX that the government was working to bring in investment from abroad.

“The budget was increased despite a reduction in government expenditure,” Shaikh told media. He added that the government was providing subsidies for electricity, gas, tube wells and fertilizers to ensure economic activity did not suffer.

In a bid to facilitate businessmen, Shaikh said that if their refund claims were not cleared within the next 72 hours, they should contact him.

“We will work together and take full advantage of the potential of the national economy,” Shaikh told investors.

He also urged businessmen to find new markets for Pakistani exports, adding that by working together they will fulfill the dreams of the people of Pakistan.

The adviser assured them that the government was determined to provide a “conducive environment to investors in the country”. He added that no country can progress without establishing trade and investment relations with other countries.

Before his address, the adviser also opened the PSX trading session for Monday.

On Saturday, Prime Minister Imran Khan had unveiled a massive Rs1,100bn, a three-year development plan for the city.

Addressing a news conference at the Governor House, the prime minister said that the "historic" Rs1,100bn Karachi development package will cater to the city's diverse problems ranging from the water supply to transport and solid waste management.

"We have been put to another test," he said, referring to the problems posed by the recent rains right after the government fought to contain the coronavirus pandemic and reported a decline in infections.

PM Imran said that another major problem was that of encroachments and for which the National Disaster Management Authority (NDMA) has already started work to clear them.

Speaking of the city's sewerage and solid waste disposal problems and said that the transformation plan will effectively address both issues.

Stressed on reforming the transport system in Karachi, he said that the Karachi Circular Railway, the Bus Rapid Transit, and other lines are included in the plan.