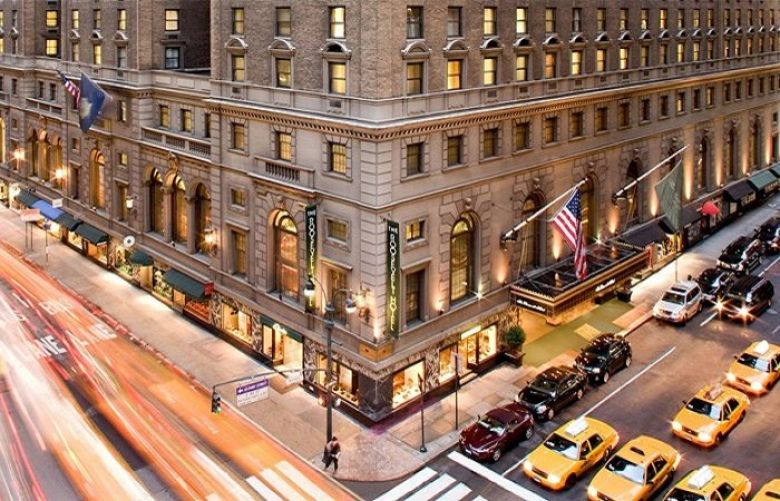 The United States President Donald Trump has expressed interested in acquiring the Pakistan International Airlines' (PIA) Roosevelt Hotel in New York, it was revealed on Wednesday during a meeting of National Assembly's Standing Committee on Privatisation.

MD PIA Investments informed the lawmakers that Trump had expressed interest in acquiring the iconic hotel in the past and was still keen on purchasing it.

“The government has tried 10 times to sell the hotel.”

Briefing the members, Privatisation Minister Muhammad Mian Soomro said the government was not selling the property but rather planning to lease it out or work in a joint venture with the private sector.

Senior PML-N leader and former federal minister Khawaja Asif said that the parliament should be taken into confidence over the privatisation matter.

“We are not against privatisation but we must wait for a better time to get a good price. The whole US market is of the view that when the work can be done from home then what’s the need to have an office,” Asif added.

“Don’t make a decision now and wait. Right now neither PIA would be sold out nor the hotel.”

The opposition parties slammed the ruling party when it was reported in the media earlier this month that the government is considering to sell the Roosevelt Hotel.

However, the plan was shelved due to stiff opposition and the coronavirus pandemic.

In a meeting on July 2, the Cabinet Committee on Privatisation (CCoP) decided that the Roosevelt Hotel would be run under a joint venture with a third party.

The CCoP agreed to hire a financial adviser to start the process for the transaction in the light of the report of M/s Deloitte (an auditing firm) from July 2019 which recommended: “that the highest and best use of the Roosevelt Hotel Property is to redevelop the site into a mixed use (through Joint Venture) of primarily office tower over retail and condominium”.

The statement added that it was also directed that Deloitte would update its study on the hotel transaction in the next four weeks and the findings shall be shared with the CCoP.A