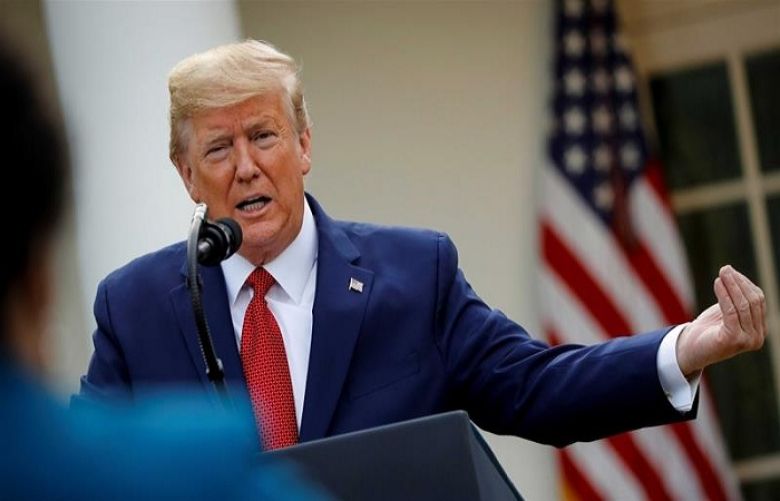 Donald Trump calls for financial lifeline for struggling US oil industry and instructed his administration to come up with a plan.

‘We will never let the great U.S. Oil & Gas Industry down’ trump tweets on Tuesday.

Fresh on the heels of the worst ever day ever for United States oil prices, President Donald Trump on Tuesday said he has asked his administration to come up with a plan to throw a financial lifeline to the ailing US shale patch where many firms are in danger of going bust as crude prices collapse.

US oil and gas companies from Texas to Wyoming are struggling to stave off bankruptcy as worldwide stay-at-home orders and business stoppages designed to contain the spread of coronavirus obliterate global demand for fuel.

The Saudis and other major oil producers called a truce this month and struck an agreement to implement record output cuts,but analysts say they are insufficient to compensate for oversupply.

“We will never let the great U.S. Oil & Gas Industry down.I have instructed the Secretary of Energy and Secretary of the Treasury to formulate a plan which will make funds available so that these very important companies and jobs will be secured long into the future!” Trump said on Twitter.

We will never let the great U.S. Oil & Gas Industry down. I have instructed the Secretary of Energy and Secretary of the Treasury to formulate a plan which will make funds available so that these very important companies and jobs will be secured long into the future!

With the world awash in crude and US storage facilities nearing capacity, US crude oil futures fell into a death spiral on Monday, plunging deep into negative territory for the first time in history as desperate traders actually paid to get rid of oil.

On Monday, Trump said his administration will look at a proposal to block Saudi Arabian oil shipments to the US, in a bid to buoy prices for domestic producers.

US Energy Secretary Dan Brouillette said last week he was working with Treasury Secretary Steve Mnuchin to roughly double the size-limit on loans available to mid-tier US energy companies under the recently passed CARES Act stimulus package to $200mn-$250mn.

He added he and Mnuchin also planned to work with U.S. regulators and the banking industry to ensure financial institutions don’t discriminate against oil drillers when choosing who they will provide credit to.

The US oil and gas industry is estimated to owe more than $200bn to lenders through loans backed by oil and gas reserves.

They took on that debt to build new wells,but as energy revenue has plummeted and assets have declined in value, some companies are saying they may be unable to repay.