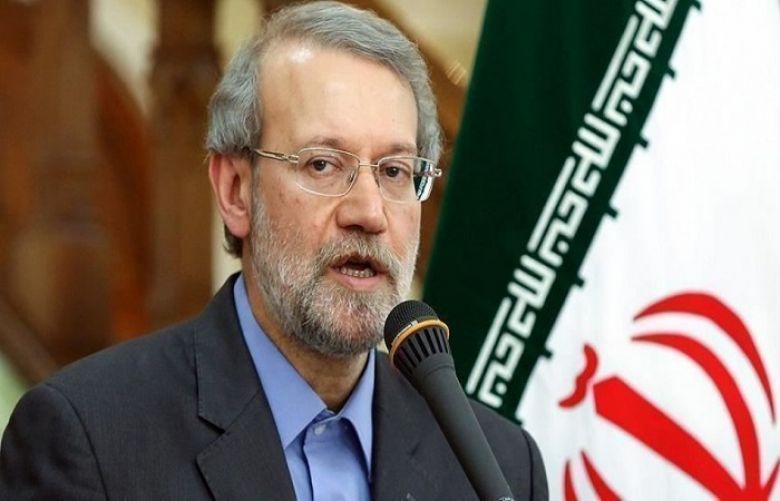 Larijani made the remarks during a press conference in the Syrian capital of Damascus, stressing, “We have always supported the Syrian nation and government in their fight against terrorism and regard counter-terrorism efforts as significant while the United States and some countries in the region have provided assistance to terrorists behind the scenes.”

Pointing to the Islamic Republic’s regional policies, Iran's parliament speaker said, “The Islamic Republic favors that the countries in the region maintain friendly relations with one another and resolve their differences through dialogue, and to this end, we have pursued various models so that disputes would be settled via negotiation.”

Stressing that Iran has enjoyed strategic relations with Syria over the past 41 years since the Islamic Revolution, Larijani referred to the Arab country as “one of the most important [countries in] the resistance front.”

The top Iranian parliamentarian described trade cooperation between Tehran and Damascus as important and said, “The two governments should provide the necessary requirements for such cooperation to facilitate the better and faster implementation of this measure.”

In order to help the reconstruction of Syria and expansion of economic ties, Larijani said, “Iranian businessmen are willing to cooperate with their Syrian counterparts and even some Iranian craftsmen can afford to invest in Syria.”

Larijani, who along with his accompanying delegation is on a visit to Syria, also met with the country's President Bashar al-Assad in the capital Damascus on Sunday and praised the significant gains the Syrian government troops have made against foreign-sponsored Takfiri terrorists in the northwestern province of Idlib, the last militant bastion, in a nine-year war.

Idlib and small parts of the adjacent area in Aleppo form the only large territory in the hands of terrorists after the Syrian military managed to undo militant gains across the country and bring back almost all of the Syrian soil under government control.

The Syrian army has been making steady advances in the past few weeks, liberating a strategic city and a key highway that connects Damascus to Aleppo.

Idlib is now held by an array of terrorists dominated by the Hayat Tahrir al-Sham (HTS) Takfiri group, which is led by members of the former al-Qaeda franchise.