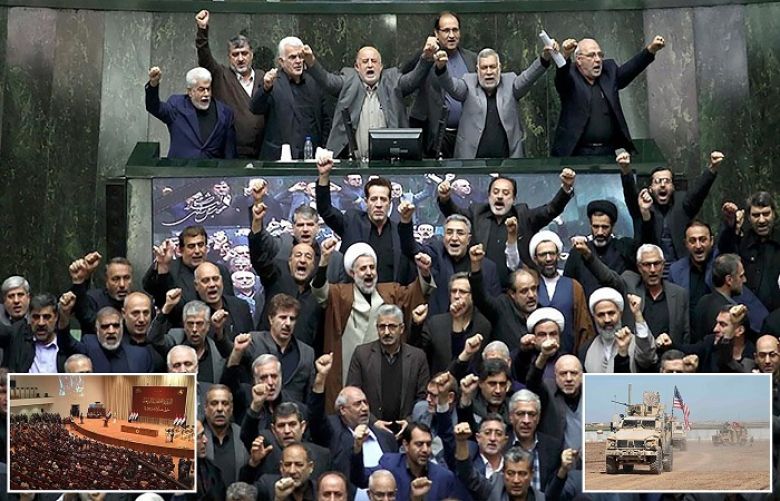 The US Armed Forces are now regarded as a terrorist organization under an urgent motion by Iranian lawmakers, who earlier branded the assassination of the Quds Force commander “state-sponsored terrorism,” state media report.

Iranian MPs(Member of Parliamentarians) adopted a bill on Tuesday calling “personnel of the Pentagon, all affiliated companies, institutions, agents and commanders” members of a “terrorist entity,”local media reported.

The bill amends and expands previous legislation which gave a similar designation to US Central Command (CENTCOM). Initiated in April of last year, it was a tit-for-tat response to Washington’s blacklisting of the Islamic Revolutionary Guard Corps (IRGC).

Qasim Soleimani, the commander of the Quds Force of Iran’s Islamic Revolution Guards Corps (IRGC), and Abu Mahdi al-Muhandis, the second-in-command of Iraq's Popular Mobilization Units (PMU), were martyred in US airstrikes in the Iraqi capital Baghdad early on Friday.

The IRGC confirmed in a statement that Soleimani and al-Muhandis were martyred in the attack carried out by US helicopters. The Iraqi pro-government group also confirmed the incident.