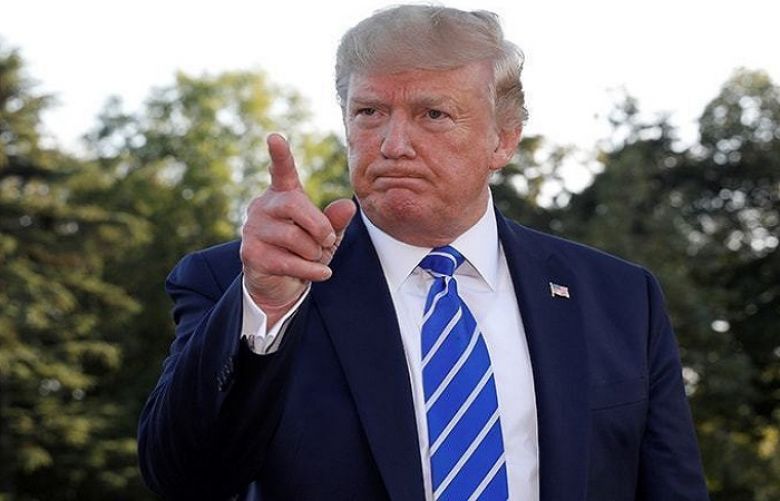 President Donald Trump, the target of an impeachment inquiry over alleged abuse of power, warned supporters on Saturday that "our country is at stake like never before".

The video message posted on Twitter came in response to Democratic lawmakers' investigation of accusations that Trump tried to strong-arm the Ukrainian president into providing dirt on Joe Biden, one of the American President's main 2020 election rivals.

"We can never let this happen," he said. "Because our country is at stake like never before. It's all very simple. They're trying to stop me because I'm fighting for you — and I'll never let that happen."

In subsequent tweets, Trump repeated his charges that the impeachment investigation is a "Witch Hunt," adding that Democratic lawmaker Adam Schiff, who is leading the impeachment probe, had defamed and libelled him, and should resign from Congress.

The President later retweeted more than a dozen video clips of Republican politicians and media allies defending his conduct in the Ukraine scandal and criticizing Democrats.

This culminated with a retweet of a Trump-approved ad attacking the conduct of Biden and his son, Hunter, who served on the board of a Ukrainian gas company while his father was vice president.

"When President Trump asks Ukraine to investigate corruption the Democrats want to impeach him and their media lapdogs fall in line," the narrator of the ad says.

"They lost the election. Now they want to steal this one."

Hunter Biden has not been officially accused of any wrongdoing, and by all accounts Joe Biden sought the dismissal of the prosecutor because the US, Western European countries and the International Monetary Fund all believed he was not tough enough on corruption.

Congressional committees carrying out the impeachment inquiry have ordered Secretary of State Mike Pompeo to turn over Ukraine-related documents and will conduct interviews starting next week with five State Department officials.

They include former ambassador to Ukraine Marie Yovanovitch, whom Trump reportedly forced out earlier this year for resisting his efforts to pressure Kiev to probe Biden.