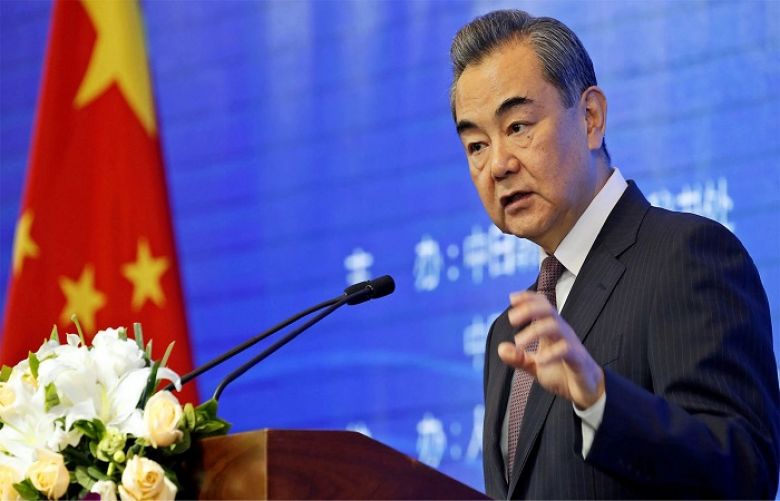 China’s top diplomat hit back at US criticism of its trade and development model on Tuesday, saying Beijing had no intention to “play the Game of Thrones on the world stage” but warned Washington to respect its sovereignty, including in Hong Kong.

Wang Yi, China’s foreign minister and state councillor, said Beijing would not bow to threats, including on trade, though he said he hoped a round of high-level trade talks next month would produce positive results.

In a speech on the sidelines of the annual United Nations General Assembly in New York — which Wang is expected to address on Friday — he urged a move away from confrontation between the two biggest global economies, saying they should cooperate for mutual benefit and for that of rest of the world.

Earlier on Tuesday, US President Donald Trump had a stern message for China and its president, Xi Jinping, in his speech at the UN General Assembly, saying that the United States would no longer tolerate Beijing’s trade practices and that he would not accept a “bad deal” with China on trade.

He also warned that the world was watching how Beijing handles mass demonstrations in Hong Kong that have heightened fears of a potential Chinese crackdown.

Trump has sought to pressure China to agree to reduce trade barriers through a policy of increasing tariffs on Chinese products. He accused China of the theft of trade secrets “on a grand scale” and said it was taking advantage of World Trade Organisation rules that give Beijing beneficial treatment as a “developing economy”.

Unnecessary damage
Wang told an event co-hosted by the National Committee on US-China Relations and the US-China Business Council that the trade war was inflicting unnecessary damage on both countries, raising costs for American firms, pushing up consumer prices and dampening US growth potential.

He warned that the United States should not try to force China to change its development model nor de-couple the two economies, saying such efforts were unworkable.

“Negotiation cannot take place under threat or at the expense of China’s legitimate right to development,” Wang added.

Wang rejected the views of those who believe Beijing is aiming to surpass the United States as a strategic power, saying “seeking hegemony is not in our DNA” and said China was a developing country still far behind the United States.

”China has no intention to play the Game of Thrones on the world stage. For now and for the foreseeable future, the United States is and will still be the strongest country in the world.”

At the same time, Wang said the two countries need to stick to the principles of non-interference in each other’s internal affairs, respect each other’s territorial sovereignty, and not attempt to impose their will on each other.

He said that to maintain Hong Kong’s prosperity, it was necessary to reject violence and respect the rule of law.

“We hope the US will be consistent in its words and actions, respect China’s sovereignty and respect the efforts of the Hong Kong ... government to stop violence and restore order,” he said.

Wang also shot back at heightened US criticism of China’s treatment of its Muslim minority in the western region of Xinjiang, saying the actions Beijing had taken there were to prevent extremism and terrorism.