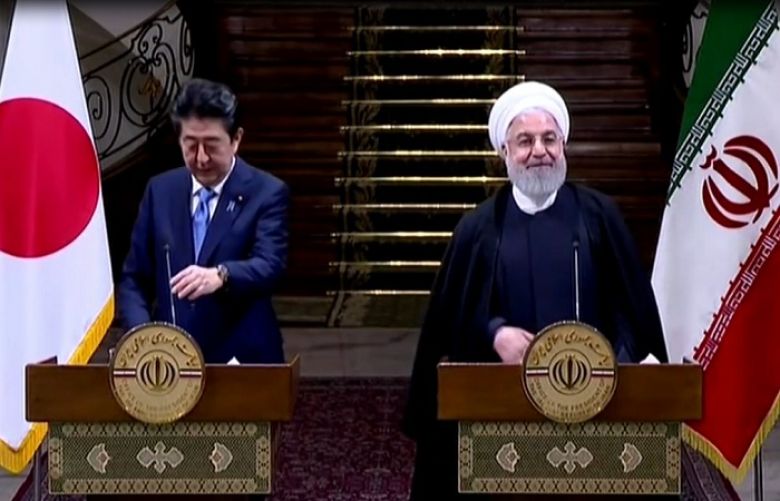 Japanese Prime Minister Shinzo Abe has called on Iran to play a role in ensuring peace in the Middle East.

“It is essential that Iran plays a constructive role in building solid peace and stability in the Middle East,” Abe told a joint news conference Wednesday in Tehran with Iranian President Hassan Rouhani.

He is the first Japanese prime minister to visit Iran in four decades and is due to meet Supreme Leader Ayatollah Khamenei.

Addressing the same news conference, Rouhani said he expected a “very positive change” in the Middle East and the world if the United States stops its economic pressure on Iran through sanctions.

“If there are some tensions, (their) roots stem from America’s economic war against Iran. Whenever it stops we will witness a very positive change in the region and the world,” Rouhani said.

“We will not initiate a conflict in the region, even against the U.S., but if a war starts against us we will then give a crushing response,” the Iranian president added.