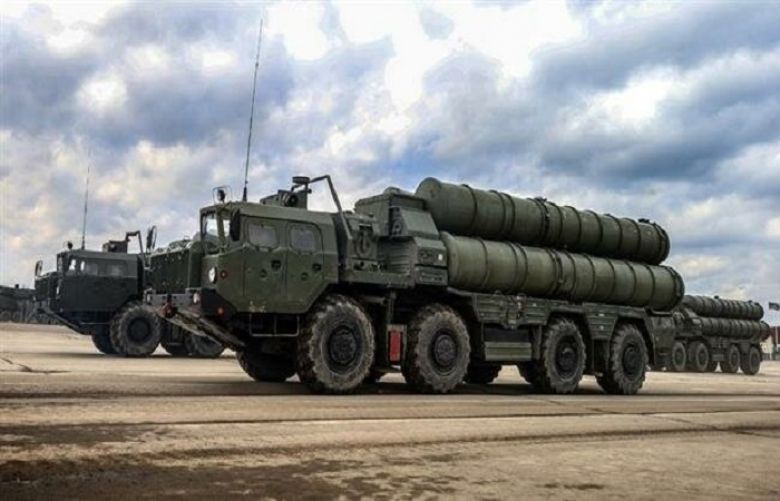 A high-ranking Russian official says the implementation of his country’s deal to deliver advanced S-400 air defense missile systems to Turkey is in full swing despite US pressure and threats of imposing sanctions on Ankara over the purchase of the military hardware.

Speaking at a press conference in the Black Sea resort city of Sochi on Tuesday, Russian presidential aide Yury Ushakov said Moscow is aware of the fact that Washington attempts to persuade Ankara to suspend the deal.

“What the Americans insist, we know. But implementation of the agreement, which was reached a few months ago, is in full swing,” Ushakov pointed out.

Meanwhile, the head of Turkey's Parliamentary Foreign Affairs Committee, Volkan Bozkir, said Ankara will have no trouble in implementing a deal with Moscow to acquire S-400 missile defense systems.

In a meeting with Russian Ambassador Aleksey Yerhov in the capital Ankara, Bozkir underlined that the S-400 deal has been made in order to ensure Turkey's security.

Yerhov, for his part, referred to Turkish President Recep Tayyip Erdogan's remarks that the deal was done, and “being implemented.”

“I think the Turkish press and public should trust the president, when he makes such clear and explicit statements,” he said.

Speaking in an exclusive interview with Turkish-language and nationwide Kanal 7 television network on May 5, Turkish Vice President Fuat Oktay said United States concerns as to Ankara’s purchase of S-400 systems from Moscow were not reasonable and added that Turkey would not back down.

Oktay's comments came only two days after Acting US Defense Secretary Patrick Shanahan warned that the Pentagon will halt manufacturing support for the F-35 fighter jets in Turkey if Ankara does not abandon plans to buy the Russian missile defense system.

Shanahan noted that he had met delegations from US aerospace manufacturers Lockheed Martin and United Technologies to discuss options if Turkey refuses to take the measure.

The United States announced on April 1 that it would be suspending all “deliveries and activities” related to Turkey’s procurement of F-35 stealth fighter jets over Ankara’s plans to purchase the S-400s.

On April 24, Turkey Foreign Minister Mevlut Cavusoglu said his country will look elsewhere for an alternative to American F-35 fighter jets if Washington blocks the delivery of its advanced stealth warplanes to Ankara.

Moscow and Ankara finalized an agreement on the delivery of the S-400 in December 2017.

Back in April 2018, Erdogan and his Russian counterpart Vladimir Putin said in Ankara that they had agreed to expedite the delivery of the S-400. At the time, it was said that the delivery could be made between late 2019 and early 2020.

A number of NATO member states have criticized Turkey for its planned purchase of the S-400, arguing the missile batteries are not compatible with those of the military alliance.

They also argue that the purchase could jeopardize Ankara’s acquisition of F-35 fighter jets and possibly result in US sanctions.

The S-400 is an advanced Russian missile system designed to detect, track, and destroy planes, drones, or missiles as far as 402 kilometers away. It has previously been sold only to China and India.

Ankara is striving to boost its air defense, particularly after Washington decided in 2015 to withdraw its Patriot surface-to-air missile system from Turkish border with Syria, a move that weakened Turkey’s air defense.

Before gravitating towards Russia, the Turkish military reportedly walked out of a $3.4-billion contract for a similar Chinese system. The withdrawal took place under purported pressure from Washington.