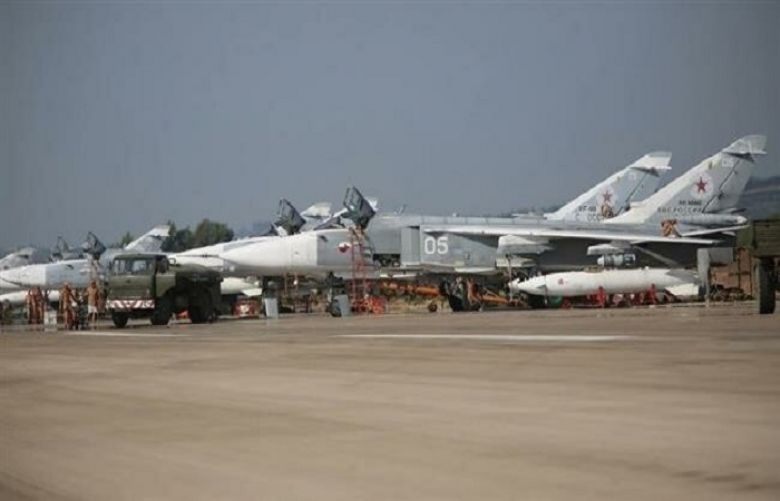 The Russian Defense Ministry’s Center for Syrian Reconciliation says its surface-to-air missile systems have managed to foil an attack by foreign-sponsored Takfiri militants against the country’s strategic Hmeimim airbase in Syria's western coastal province of Latakia.

The center announced in a statement on Tuesday that militants positioned in the de-escalation zone of Syria's northwestern province of Idlib launched 27 rockets at the military facility on May 6, but none of the projectiles truck the site as Pantsir-S1 and TOR-M1 systems intercepted and shown them down.

The development came less than a week after foreign-sponsored Takfiri militants, who hold positions near the towns of Qalaat al-Madiq and Bab al-Atika, sought to shell Hmeimim airbase.

Major General Viktor Kupchishin, the head of the Russian Defense Ministry’s Center for Syrian Reconciliation, said on May 3 that militants had attempted to shell the base the previous day, but their attempt was repelled.

“No Russian servicemen were injured, and no damage was done to the facility,” Kupchishin pointed out.

Russia has been helping Syrian forces in ongoing battles across the conflict-plagued Arab country.

The Russian military assistance, which began in September 2015 at the official request of the Syrian government, has proved effective as Syrians continue to recapture key areas from Daesh and other foreign-backed terrorist groups across the country with the backing of Russian air cover.

Meanwhile, Syrian government have wrested control over two villages in the northern countryside of the western-central province of Hama as they are engaged in an operation to flush Takfiri terrorists from the area.

The Arabic-language and pro-government al-Watan newspaper reported on Tuesday that Syrian army troops had captured the villages of al-Janabara and Tel Othman.

Syria has been gripped by foreign-backed militancy since March 2011. The Syrian government says the Israeli regime and its Western and regional allies are aiding Takfiri terrorist groups that are wreaking havoc in the country.