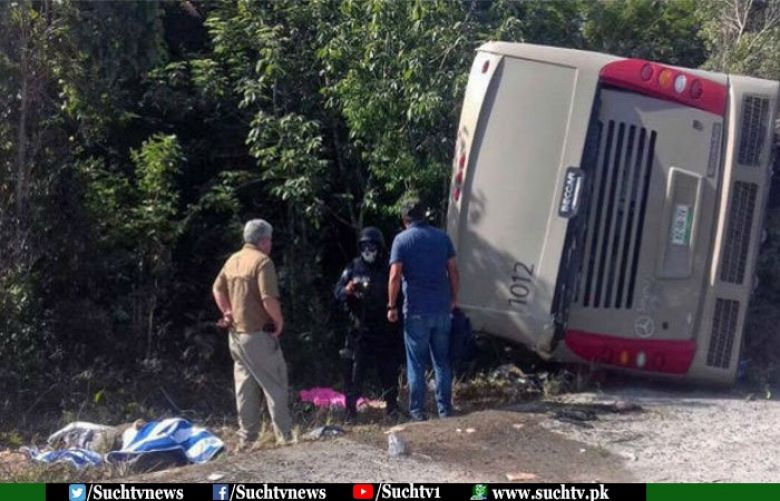 A bus rollover in northern Mexico has left at least 11 dead, including three children, an official with emergency services said on Sunday.

The accident took place in Zacatecas state early Sunday morning on a bus that transported around 40 passengers from Mexico City to the northern city of Torreon, according to Moises Villagrana, the head of emergency services with the Zacatecas municipality of Rio Grande.

“There are still three bodies inside the bus, but it’s possible that underneath it there could be more people,” he said, adding that the accident may have been caused by the driver falling asleep.

Among the injured are five Central Americans with humanitarian visas issued by the Mexican government that are often used by migrants seeking to reach the United States.