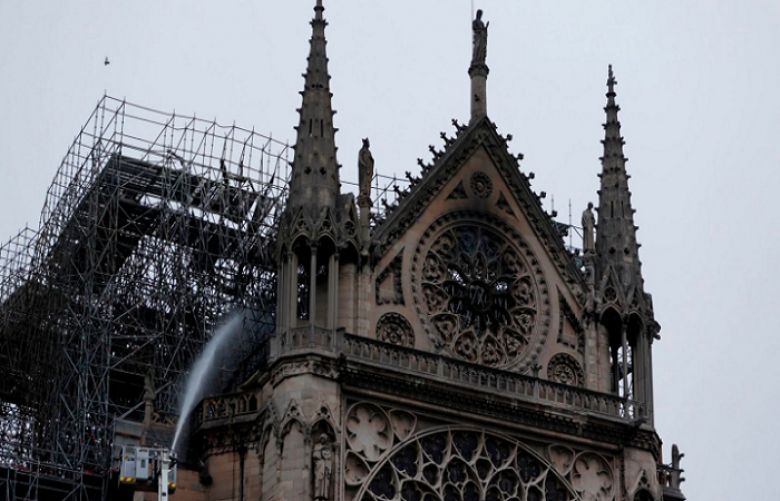 The Queen has sent a message to the president of France, saying she was "deeply saddened to see the images of the fire which has engulfed Notre-Dame Cathedral" and extending her "sincere admiration to the emergency services.

Prince Philip and I have been deeply saddened to see the images of the fire which has engulfed Notre-Dame Cathedral.

I extend my sincere admiration to the emergency services who have risked their lives to try to save this important national monument.

My thoughts and prayers are with those who worship at the Cathedral and all of France at this difficult time.

A French priest who helped comfort the wounded after the worst terrorist attack on Paris this century has emerged as the hero of the Notre-Dame fire.

Jean-Marc Fournier, chaplain of the Paris Fire Brigade, saved the Blessed Sacrament and the Crown of Thorns from the burning cathedral on Monday night when he bravely went in with firefighters.

It had been feared that both religious artefacts would be lost to the raging fire which engulfed the iconic building.

"Father Fournier is an absolute hero," a member of the emergency services said.

"He showed no fear at all as he made straight for the relics inside the cathedral, and made sure they were saved. He deals with life and death every day, and shows no fear."