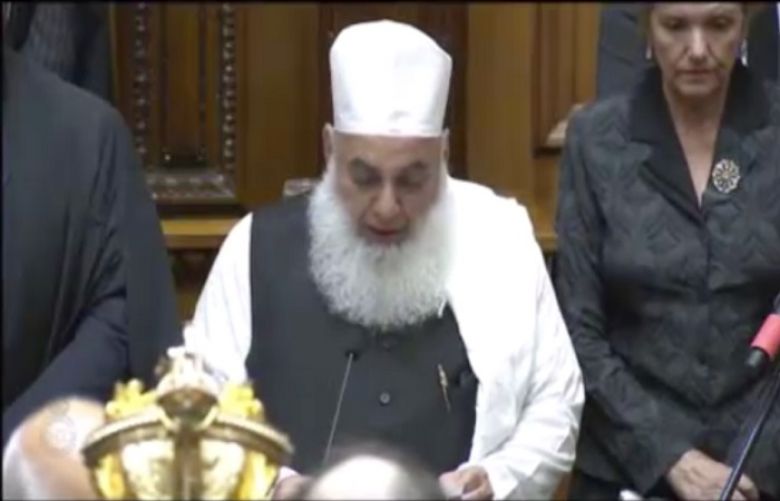 New Zealand's Prime Minister Jacinda Ardern has urged the public to follow her lead and avoid giving the gunman the fame he so obviously craves.

In her passionate speech to the special session of the Parliament on Tuesday, Jacinda Ardern said "I implore you, speak the names of those who were lost rather than the name of the man who took them. He is a terrorist. He is a criminal. He is an extremist. But he will, when I speak, be nameless."

The Prime Minister said the attacker sought many things from his act of terror, but one is notoriety and we in New Zealand will give him nothing, not even his name.

Jacinda Ardern called on social media platforms to do more to combat terror, after the gunman in Christchurch live-streamed his attack on Facebook.

During the special meeting of Parliament, the New Zealand Prime Minister started speech with Muslims method of greeting "Al-Salaam Alaikum".

The session was started with the recitation of Holy Quran to express solidarity with those who lost their lives in the terrorist attacks on Christchurch mosques.

Ms. Ardern assured MPs that the attacker would face the full force of the law.

She encouraged New Zealanders to acknowledge the grief of the Muslim community this Friday - which is the Muslim day of worship and will mark one week since the shooting.

Later talking to reporters, the New Zealand Prime Minister declared that she will do everything to deny the accused mosque gunman a platform for elevating his white supremacist views.