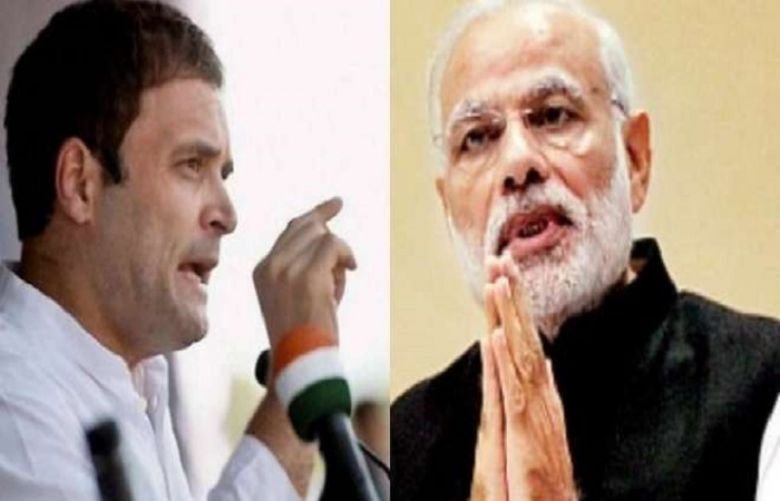 Indian Congress leader Rahul Gandhi on Thursday said Prime Minister Narendra Modi should also be investigated in the government's deal for 36 Rafale fighter jets.  Gandhi said, “I am not alleging anything anymore... government documents are saying it for themselves."

Speaking to the media, Gandhi said, “I am not alleging anything anymore... government documents are saying it for themselves."

A day earlier, Indian Attorney General KK Venugopal told the Indian Supreme Court that certain documents pertaining to the purchase of Rafale fighter jets from France have been stolen from the defence ministry.

"The files clearly name the prime minister and state the PMO's role in the Rafale deal. They have accepted that these papers were stolen, thereby confirming that these are authentic... so where is the doubt. This is proof," Gandhi further said.

The opposition leader continued and said the prime minister "performed bypass surgery" in the Rafale deal. “The purchase was delayed to benefit Anil Ambani," the Congress leader said.

"It is now the court's job and the government's job to ensure that justice is done... You can charge anything you want on anyone, but also press charges on the Prime Minister," he asserted.

Indian political parties have been gunning for Modi over the 2016 purchase of 36 Rafale planes from Dassault Aviation estimated to be worth $8.7 billion, saying he had overpaid for the planes and had not been transparent.

The opposition has questioned the government on the choice of billionaire Indian businessman Anil Ambani’s Reliance Defence as Dassault’s local partner instead of a state-run manufacturer with decades of experience.

Dassault initially won the contract to supply 126 jets to India in 2012, with 18 to be built in France and the rest in India in collaboration with the state-owned Hindustan Aeronautics Limited (HAL).

However, during a visit to France in 2015 Modi scrapped the deal, signed under the previous government led by the Congress party, and ordered instead 36