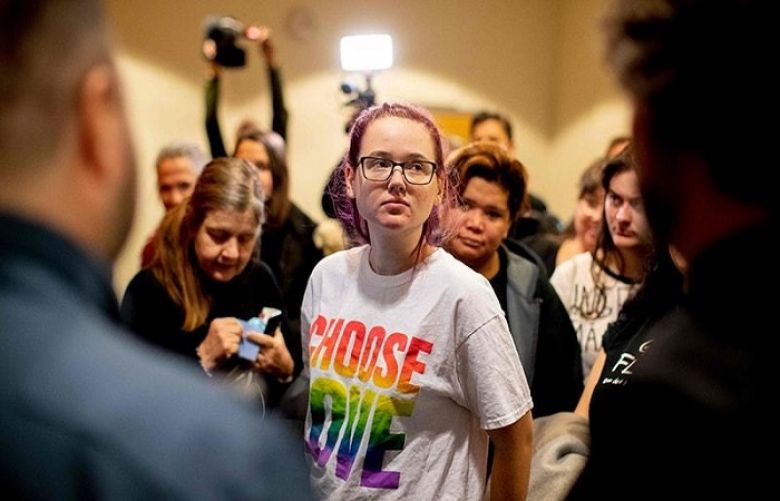 File photo A Gothe­n­burg court on Monday fined a Swedish student activist for delaying a flight due to expel an Afghan asylum seeker.

A Gothe­n­burg court on Monday fined a Swedish student activist for delaying a flight due to expel an Afghan asylum seeker, a scene she broadcast live on Facebook.

On July 23, 2018, sociology student Elin Ersson, 21, used her mobile phone to film her one-woman protest on board a Turkish Airlines flight from Sweden’s second city of Gothenburg to Istanbul. The images went viral after they were posted on social media.

In contact with members of the family of an Afghan asylum seeker who was to be expelled, Ersson had bo­a­rded the flight, armed with a ticket and her passport, with the sole intent of preventing his expulsion. The Afghan in question turned out not to be on the flight. But another Afghan who was to be deported after serving a prison sentence was among the passengers.

In tears, Ersson refused to comply with the cabin crew’s appeals for her to take her seat. “I’m not going to sit down until this person is off the plane, because he will most likely get killed,” she said in English, applauded by some passengers and booed by others. The pilot ultimately ordered Ersson removed from the aircraft, as well as the Afghan and his escort. The Gothenburg court found her guilty of violating air safety regulations, and fined her 3,000 kronor ($325).

Both Afghans have since been expelled from Sweden.