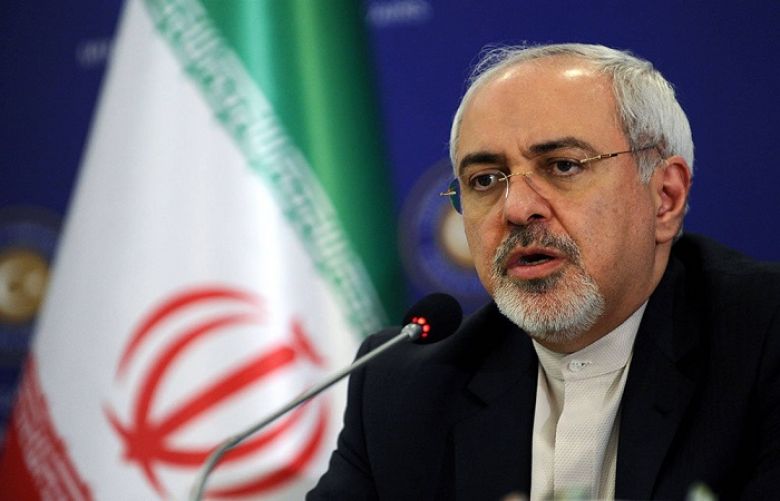 Iranian Foreign Minister Mohammad Javad Zarif says economic sanctions imposed by the United States against Iran will fail to have any impact on the policies of the Islamic Republic at home or abroad.

"It's obviously the case that we are facing economic pressure because of the US sanctions. [The] US is a major global power and it can actually create painful conditions for other countries. But would that lead to a change of policy? I can assure you that it won't," Zarif said in an address to the Doha Forum 2018 in Qatar on Saturday.

"If there is an art, we have perfected in Iran and can teach to others for a price, it is the art of evading sanctions," he added.

Although the US has put so much pressure on Iran over the past 40 years, the Islamic Republic has managed to survive, he said.

US President Donald Trump withdrew his country in May from the multilateral Iran nuclear agreement, officially known as the Joint Comprehensive Plan of Action (JCPOA), and decided to re-impose unilateral sanctions against Tehran.

Under the deal, reached between Iran and six major powers - the US, Britain, France, Germany, Russia and China, Tehran agreed to put limits on its nuclear program in exchange for the removal of nuclear-related sanctions.

In November, the Trump administration announced the re-imposition of the “toughest” sanctions ever against Iran's banking and energy sectors with the aim of cutting off the country's oil sales and crucial exports.

A first round of American sanctions took effect in August, targeting Iran's access to the US dollar, metals trading, coal, industrial software, and auto sector.

The US administration hoped to get the other parties to the deal with Iran to likewise scrap the deal, but instead, they stressed that not only would they stick to the agreement, but they would also work to sustain it in the face of increased US pressure. Europeans believe that the nuclear deal is an important element of international security.

Zarif further said there was room for talks with the US but that Washington must "respect the outcome of the talks" they already had, in reference to the nuclear negotiations leading to the conclusion of the JCPOA.

"I can tell you as somebody who did all the talking for that document (the JCPOA) that neither Iran nor the United States can get a better document. So there is room for talk. But you need first to respect the outcome of the talks you already had," he added.

The Iranian foreign minister said, "There is no reason to engage in talks while the results of long and very difficult talks are still up in the air and the United States is actively trying to undermine those results."

Elsewhere in his speech, Zarif said Saudi Arabia intended to increase tension in the Middle East, referring to the ongoing crisis in Yemen and the gruesome murder of Saudi dissident journalist Jamal Khashoggi, which is widely believed to have been ordered by Saudi Crown Prince Mohammed bin Salman.

"Unfortunately, Saudi Arabia does not want to reduce tension. Actually, Saudi Arabia believes that it is in its interest to increase tension," the Iranian foreign minister added.

He held the US and its ally Saudi Arabia accountable for the "humanitarian nightmare" in war-ravaged Yemen.

He emphasized that if the US and its Western allies, who have supported Saudi Arabia under all conditions, wanted to have more stability in the Middle East, they "need to show that bad behavior would get a bad response."

Khashoggi, a one-time royal insider who had been critical of the crown prince recently, was killed after entering the Saudi consulate in Istanbul in early October.

Following weeks of denial of any involvement in Khashoggi's disappearance, the Saudi regime eventually acknowledged the “premeditated” murder, but has sought to distance the heir to the Saudi throne from the assassination.

A Saudi prosecutor said Khashoggi’s body had been dismembered, removed from the diplomatic mission and handed to an unidentified “local cooperator.”

The CIA is said to have concluded that the crown prince was behind the killing, but Trump is yet to endorse the assessment.

Zarif also dismissed claims that Iran had armed fighters from the Houthi Ansarullah movement, noting there were "facts" that other countries had shipped arms.

"We have never provided weapons to Houthis. They have enough weapons, they don't need weapons from Iran," he said.

"I don't need to show any evidence about the jets that were flying in Yemen bombing the Yemenis. Those are American-made jets and those are Saudi fighters, I assume, which are piloting those jets," Zarif stated.

"If there are allegations about Iranian weapons, there are facts about US weapons, facts about Saudis bombing the hell out of the Yemenis," he added.

Leading a coalition of its allies, Saudi Arabia invaded Yemen in March 2015 in an attempt to reinstall Yemen’s ex-president, Abd Rabbuh Mansur Hadi, who had resigned amid popular discontent and fled to Riyadh.

The imposed war initially consisted of an aerial campaign, but was later coupled with a naval blockade and the deployment of ground mercenaries to Yemen. Furthermore, armed militia forces loyal to Hadi, in line with invaders, launch frequent attacks against Yemeni people in regions held by Houthis.

Since the onset of aggression, the Yemeni army, backed by fighters from the Houthi Ansarullah movement, has been defending the impoverished nation against the invaders. The coalition is also resolute to crush the movement as another goal in its war on Yemen, which is teetering on the edge of famine.

The Saudi-led war has also taken a heavy toll on the country’s infrastructure, destroying hospitals, schools, and factories. The UN has said that a record 22.2 million Yemenis are in dire need of food, including 8.4 million threatened by severe hunger. According to the world body, Yemen is suffering from the most severe famine in more than 100 years.

A number of Western countries, the US and Britain in particular, are also accused of being complicit in the ongoing aggression as they supply the Riyadh regime with advanced weapons and military equipment as well as logistical and intelligence assistance.

Earlier this month, the United Nations said the humanitarian crisis in Yemen, already the worst in the world, would deteriorate in 2019.

“The country with the biggest problem in 2019 is going to be Yemen,” said Mark Lowcock, the head of the UN Office for the Coordination of Humanitarian Affairs (OCHA), in a press conference in the Swiss city of Geneva.