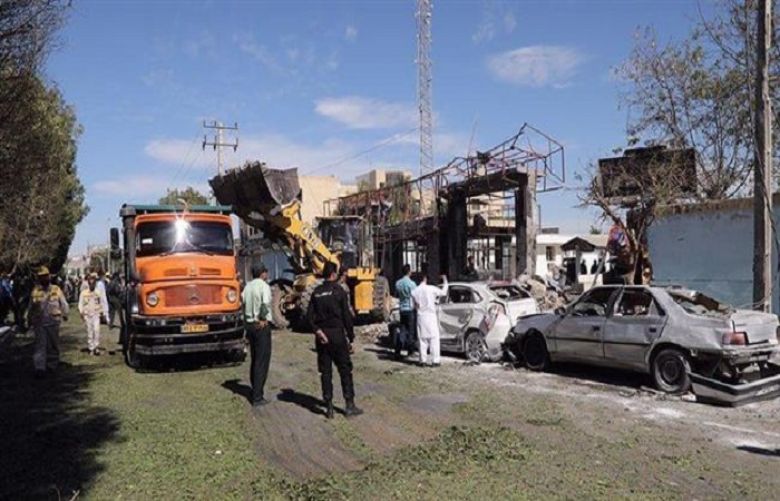 A terrorist car bomb explosion has hit near a police post in Iran’s southeastern port city of Chabahar, leaving two police officers dead and dozens of other people wounded.

The terrorists, however, failed to reach their target as security forces quickly responded to the situation and prevented them from entering the place, said Governor of Sistan-and-Baluchestan Province, Ahmad-Ali Mouhebati.

The terrorist behind the wheel was killed, said Mohammad Hadi Marashi, deputy governor for security affairs.

There conflicting reports about the number of casualties.

Two police officers lost their lives in the terror attack, according to Marashi.

The senior military official described the incident as “an indiscriminate terror attack, which yielded no results for the terrorists.”

Pakpour also said the situation is now under control, he said. “IRGC forces have been deployed to the site, and are fully on alert.”

The so-called Ansar al-Furqan terrorist group claimed responsibility for the assault, according to reports on social media.

Sistan-and-Baluchestan – which borders Pakistan -- has seen several terror attacks targeting both civilians and security forces over the past years.

Iranian forces have repeatedly busted terror groups in the province, foiling their planned attacks and confiscating weapons and ammunition in the course of their security operations.

Meanwhile, Rahmdel Bameri, caretaker of the Governor's Office in Chabahar County, underlined the strategic significance of the city, a free trade zone which has a deep-water port on the Gulf of Oman.

Chabahar is also the site of a port complex which is being developed in cooperation with India as part of a new transportation corridor for landlocked Afghanistan.

Bameri added that such attacks are meant to "destabilize Chabahar, Iran's largest ocean port, and undermine the peaceful and friendly climate in there."

The perpetrators of such crimes will soon be indentified and dealt with, he added.

"Given its exemption from US sanctions as well as its strategic location, Chabahar plays a significant part in the development of Sistan-and-Baluchestan Province and the eastern corridor. Bameri said. "Enemies have destabilizing measures on their agenda to cause insecurity in this important region."

The official, however, emphasized that people in this area of Iran stand firmly united, and will foil all enemy plots.

Citing Afghanistan's economy, the US last approved a sanctions exemption for Chabahar when in re-imposed a second round of bans against Iran months after its withdrawal from the 2015 multilateral deal.